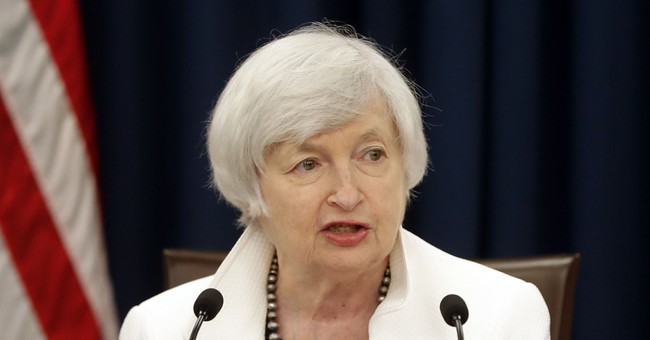 “I wouldn’t call that a wealth tax, but it would help get at capital gains, which are an extraordinarily large part of the incomes of the wealthiest individuals and right now escape taxation until they’re realized,” Yellen said.

The tax is expected to affect people with $1 billion in assets or $100 million in income for three consecutive years, according to a person familiar with the discussions. The idea, for which President Biden recently expressed support after excluding it from his campaign plans and administration agenda, would affect a narrower group of people than the capital-gains changes that have already flopped among congressional Democrats. […]

When compared with the tax-rate increases in the House bill, the emerging Wyden proposal would be significantly more progressive, in that it would raise its money from the very, very rich—likely fewer than 1,000 taxpayers—instead of the merely rich. But House Democrats have questioned whether it makes sense to add a relatively untested idea at this late stage. (WSJ)

The proposal was blasted on social media as sheer lunacy.

Taxing unrealized gains is not just lunacy but straight up premeditated murder of our economy. The only people who won’t suffer as a result are corporate oligarchs who‘ll buy up everything on the cheap. It’ll cause dependency at first and then revolution later. This is insanity. https://t.co/xsaqedEmf3

Taxing what is basically *theoretical* income before it’s actually income is nuts.

Will people be able to deduct unrealized losses? https://t.co/6cm9p44NB4

Maybe try eliminating step up basis first. And carried interest. That would be a start. Unrealized gains on illiquid securities would be a unmitigated disaster. https://t.co/rxGCQ6cKUv

Proposing a tax on unrealized capital gains is insane.

Imagine paying taxes on something you haven’t sold just to see it go down afterwards.

I assume that means we can write off unrealized losses, right? Right!?pic.twitter.com/Q4tZE0mERl

Taxing unrealized gains is only minimally about taxation itself. That's not the bigger objective.

Taxing unrealized gains grants the government the ability to monitor your each and every move.

“Unrealized capital gains” is not a thing; do not normalize it. Call it out for what they are proposing: unlawful seizure of personal property.