Jayapal Gets Fact-checked Over Abortion Claim 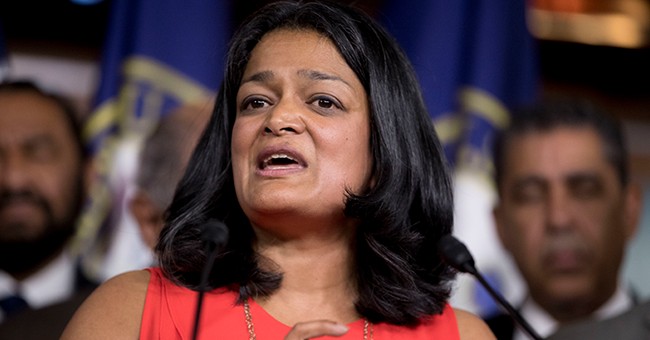 Progressive Rep. Pramila Jayapal’s claim that the Hyde amendment, which bars the use of federal funds for abortion, is not supported by a “majority” of Americans, got hit with a Washington Post fact check on Wednesday.

“The Hyde amendment is something that the majority of the country does not support,” the Democrat told CNN’s “State of the Union” on Sunday.

The amendment has become a focal point in the debate between Democrats on the $3.5 trillion spending package, with Sen Joe Manchin saying the reconciliation bill would be “dead on arrival” in the Senate if it doesn’t include the Hyde amendment, while progressives like Jayapal have said they won’t vote for a spending bill that includes the Hyde amendment.

But is Jayapal’s statement true? WaPo’s fact checker noted that “not every poll is equal.”

The framing of a question can make a huge difference in the outcome — as well as whether the poll randomly contacts people to ask questions. Another consideration is whether the poll is done by an independent pollster — or on behalf of an organization seeking a certain policy outcome.

As it turned out, Jayapal was relying on a poll released by an organization that favors abortion rights. (WaPo)

The fact checker looked at several other polls that indicated “Jayapal is wrong.” Her team countered by pointing to more recent surveys on the issue, but WaPo took issue with how the questions were framed.

Because there has been little recent high-quality independent polling on this issue and it’s possible that attitudes are shifting. The Ipsos poll from this year asked a straightforward question that resulted in a finding that a slight majority of Americans supported Medicaid funding of abortions — in other words, the end of the Hyde amendment.

That result has to be balanced against the many other polls that reached a different conclusion, suggesting the answer is not as clear-cut as Jayapal asserts. (WaPo)

WaPo gave her Two Pinocchios for the statement.