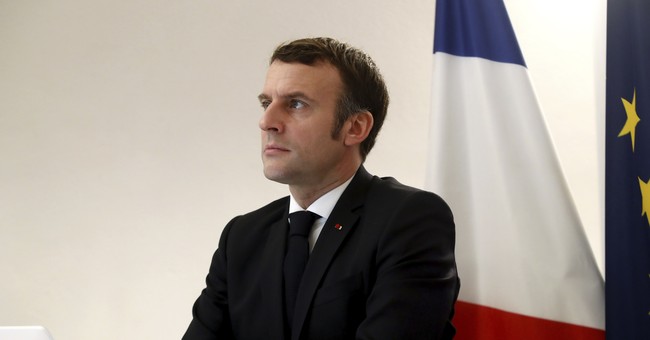 Livid with President Biden for cutting them out of a defense agreement with Australia and the UK, French officials canceled at the last minute a Friday gala that was supposed to celebrate U.S.-French relations at the embassy in Washington.

The U.S., Australia, and Great Britain announced a three-way agreement on Wednesday that will help Australia counter any aggression from China in the region. The U.S. will provide Australia with nuclear-powered submarines, which French officials have called a “stab in the back.”

Late on Wednesday, the $40 billion submarine contract signed in 2016 with a French company was passed over for the newly established partnership dubbed "AUKUS."

While the deal with France would have provided Australia with conventional submarines, the new alliance will instead grant the Indo-Pacific nation with highly sensitive nuclear submarine technology.

"This will allow the Department of Defense to meet its mission to protect Australia and its national interests, and that of our regional friends, into the future," Australian Prime Minister Scott Morrison said on Twitter. (Fox News)

“This brutal, unilateral and unpredictable decision reminds me a lot of what Mr. Trump used to do," Jean-Yves Le Drian, France’s minister of foreign affairs, told French media. “I am angry and bitter. This isn't done between allies.”

According to The New York Times, France had been trying to make a deal with Australia at the time.

"We had established a relationship of trust with Australia. This trust has been betrayed," Le Drian said.

French officials described the exclusion of France, a NATO member, from the new British-Australian-U.S. military partnership as a moment that will deepen an already widening rift between longstanding allies. President Emmanuel Macron has already said he intends to pursue French “strategic autonomy” from the United States. (NYT)

White House Press Secretary Jen Psaki tried to downplay the rift, telling a reporter to ask Australia about why they sought new technology.

"We don’t see this, from our end, as a regional divide. We see this as areas in security — security issues that we want to take on together," she said.