DeSantis Responds to Talk of a 2024 Presidential Bid 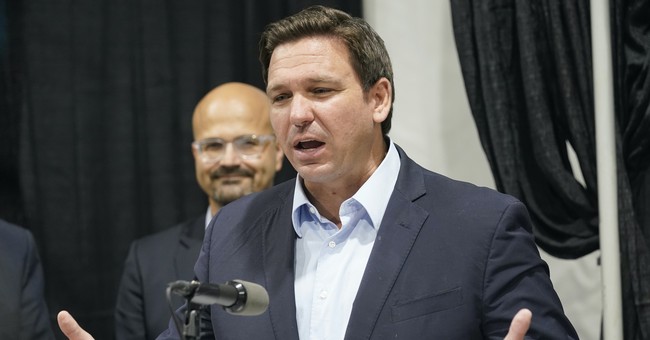 Florida Gov. Ron DeSantis addressed speculation that he would run for president in 2024, calling the rumors “nonsense.”

“All the speculation about me is purely manufactured,” the Republican said during a press conference in Florida. “I just do my job and we work hard. Obviously our state has led on a lot of things...I hear all this stuff and honestly it’s nonsense. So I don't really don't know what to say to the rumors."

"All the speculation about me is purely manufactured. I just do my job..." pic.twitter.com/zstMMdEYhX

The comments come days before he plans to join several other potential contenders in Nebraska for a Sept. 12 event to celebrate agriculture.

If former President Trump announces he's running in 2024, any talk of a DeSantis bid would likely be derailed. The 45th president has all but confirmed his plans, telling supporters this spring they will be “very happy” with his 2024 decision and assuring Fox News' Sean Hannity that he's made up his mind. Trump has also stepped up fundraising efforts and his public appearances, building what Politico has called a 'turnkey' campaign operation.

HANNITY TO CROWD: "Would you like to see the President run again in 2024?"

Trump has said he would "certainly" consider choosing DeSantis as a running mate, calling him a "great guy."