Biden Pressed to Explain His Decision for Leaving Bagram 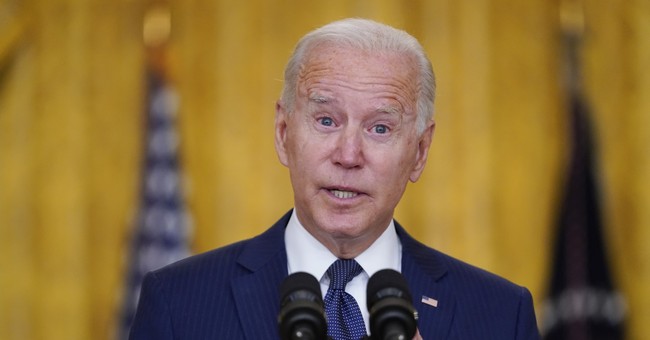 During President Biden’s first address to the nation after the fall of Afghanistan to the Taliban, he claimed the “buck stops” with him, but he blamed just about everyone else for the unfolding disaster. On Thursday, he continued with that trend, saying “major military personnel” made the recommendation to pull out of Bagram Air Force Base.

“Did you personally reject a recommendation to hold, or to recapture Bagram Air Force Base?” a reporter asked the commander in chief.

“On the tactical questions of how to conduct an evacuation or a war, I gather up all the major military personnel that are in Afghanistan — the commanders, as well as the Pentagon.  And I ask for their best military judgment: what would be the most efficient way to accomplish the mission,” Biden responded.

“They concluded — the military — that Bagram was not much value added, that it was much wiser to focus on Kabul.  And so, I followed that recommendation,” he added.

According to Andy McCarthy of National Review, the Bagram pullout last month made Thursday's attacks in Kabul "inevitable."

"When our forces bugged out of Bagram Air Base, it signaled that President Biden had decided to ensure that events on the ground — no matter how bad they got — could not reverse his determination to pull out," he explained.

"The Bagram bug-out was not merely a shameful episode; it was for Biden a tactical retreat. The Taliban were surging, the Afghan military forces were collapsing, and Biden knew that U.S. commanders wanted to keep a force presence and continue supporting the Afghan government," McCarthy continued. "If there were to be any thought of reversing course, maintaining control of Bagram would have been essential. By not just slashing the in-country troop presence but surrendering Bagram — and in a consciously chaotic and sneaky way that deprived the Afghan forces an orderly transfer at a time when they were under siege and steadily losing their U.S.-dependent capacity to function — the Biden administration guaranteed that there would be no turning back from the decision to pull out. No matter how bad things got, U.S. commanders would have no military options. Besides having surrendered their fortress, they would be down to just 600 troops — not even enough to secure the airport in Kabul and U.S. diplomatic personnel in a real crisis."

Last week, Gen. Mark Milley explained that they were pressed to choose between securing Bagram or the airport, but that they could not do both due to the number of military forces that would require.