'Black National Anthem' to Be Part of NFL's 2021 Season 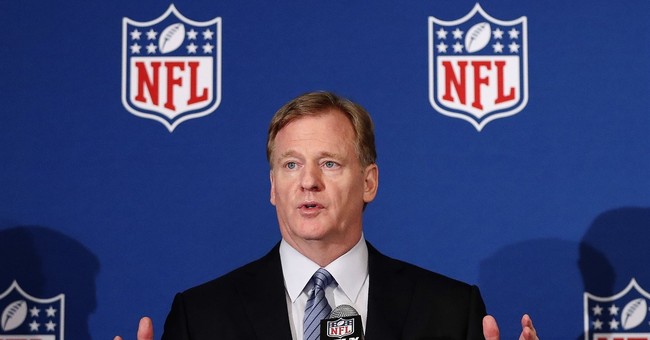 The NFL is doubling down on its social justice activism seen during the 2020 season and will play “Lift Every Voice and Sing,” also referred to as the black national anthem, prior to the Star Spangled Banner before major events this season.

To reinforce its 10-year, $250 million commitment to combat systemic racism, the league will promote social justice via on-field signage, decals on player helmets, and in-stadium PSAs. […]

They will likely highlight victims of racial injustice with a “Say Their Stories” project, as well. […]

While the NFL declined to comment, sources said this year’s social justice initiative could be as big, if not bigger, than last season’s in terms of spend, resources, and overall commitment.

The overarching theme for all of the league’s cause-marketing efforts this season will be: “It Takes All Of Us.” But in-stadium messaging will be more “targeted” this year — culminating with the “Inspire Change” theme during Weeks 17-18, said sources.

The effort will kick off in the 2021 preseason, which starts Aug. 5. NFL end zones will include messages such as “End Racism” and “Inspire Change.” The campaign will move into high gear with the NFL Kickoff game. (Front Office Sports)

While the pandemic led to game postponements and scheduling changes and is partly to blame for a decline in viewership, the injection of politics didn’t help. Hence other leagues like the NBA are looking for “a return to normalcy” this year.