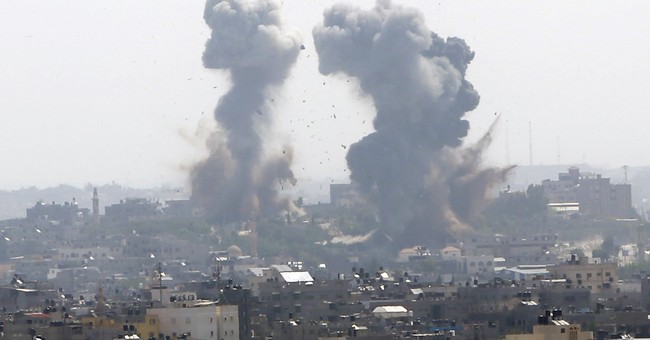 A short but “shocking” phone call between the Israeli Defense Forces and a Palestinian in Gaza reveals “the entire conflict in a nutshell,” according to Ben Shapiro.

In the recording, the IDF is attempting to warn about an impending strike, pleading for the man to evacuate the building before the bombing because civilians are present.

“I can’t get all of the people out I need at least two hours to get them out,” the Palestinian says.

“Listen, we are going to bomb the building,” the member of the IDF replies.

“You want to bomb? Bomb whatever you want,” the man responds.

“No, brother, we need to do everything we can so you don’t die,” the IDF member says.

“We want to die,” the Palestinian answers.

“But you have a responsibility for children’s lives,” the Israeli pushes back.

“If the children need to die then they’ll die,” the Palestinian counters.

“God forbid, God forbid, what do you want, to die?!” the soldier asks.

“This is how we reveal your cruelty,” the man responds.

This is the entire conflict in a nutshell https://t.co/aIZV8ODcKO

The fighting between Israel and Hamas is the most intense it's been since the 2014 Gaza War.