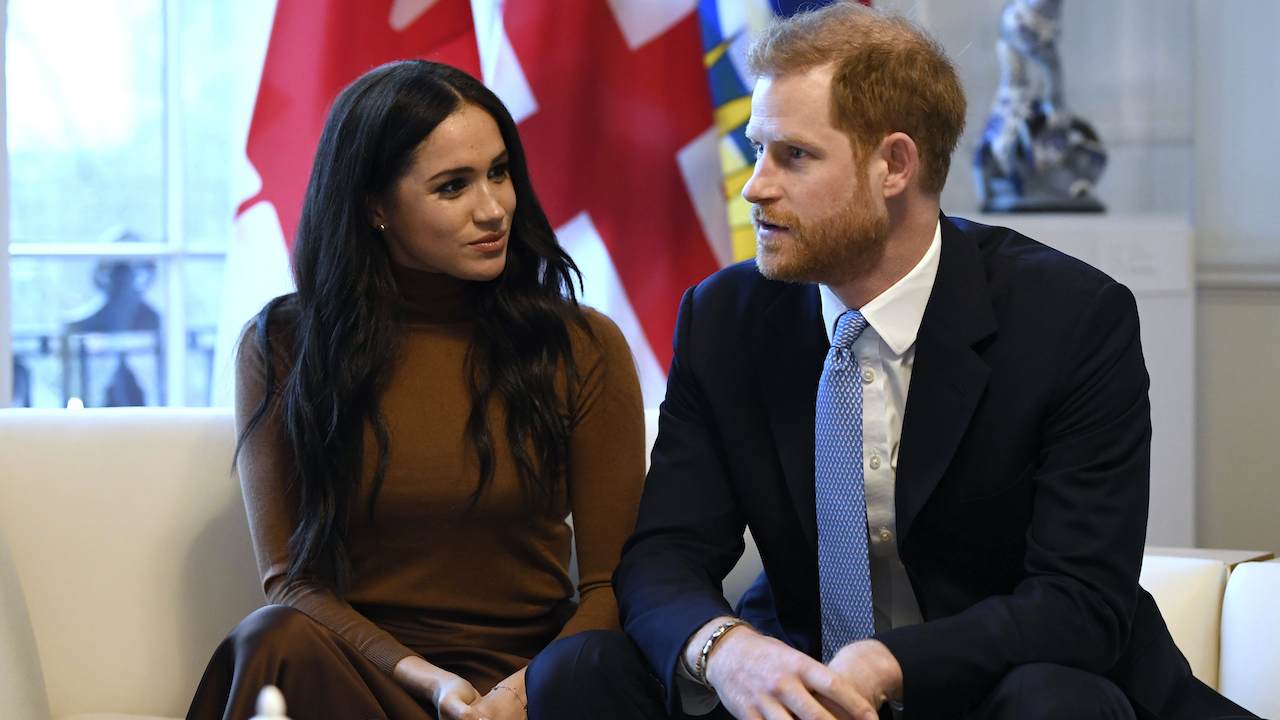 Speaking about his new role with the Aspen Institute, serving on the Commission on Information Disorder, Prince Harry made some eyebrow-raising comments about the First Amendment that drew the attention of George Washington University law professor Jonathan Turley.

"As I've said, the experience of today's digital world has us inundated with an avalanche of misinformation, affecting our ability as individuals as well as societies to think clearly and truly understand the world we live in," Prince Harry said on the podcast, "Armchair Expert with Dax Shepard."

Expanding on the issue of misinformation further, Prince Harry expressed his bewilderment with the First Amendment, calling it "bonkers."

"I don't want to start going down the First Amendment route because that's a huge subject and one which I don't understand because I've only been here a short time," Prince Harry said. "But you can find a loophole in anything. You can capitalize or exploit what's not said rather than uphold what is said."

While some dismissed the remark as one made by an uninformed Brit, Turley said "it is actually far more serious than that" because he and Meghan Markle are part of an anti-free speech movement in America that's growing by the day. Turley pointed to the rise of cancel culture and the fact that liberals do not hold the First Amendment in the esteem they once did.

He then offered necessary context to Prince Harry's remarks about the way the UK treats free speech and press rights.

One American who seems to have embraced the more restrictive laws on expression and the media is Meghan Markle. Recently, Piers Morgan, the former co-host of ITV’s "Good Morning Britain," was canned after he committed the unpardonable sin of declaring on air that he didn’t believe a word of what Markle told Oprah in her now famous interview.

Markle and others reported TIV and Morgan to United Kingdom’s "Ofcom," or Office of Communications, for violation of its "harm and offense rules." Ofcom enforces a chilling set of regulations that allows a severe penalties for expressing any views deemed "harmful or offensive" or assertions that could "materially mislead" others.

Markle also recently prevailed in a highly damaging court victory against the press. The case involved the publication of details from a letter that Meghan wrote to her estranged father after she married Prince Harry in 2018. She sued Associated Newspapers, which publishes U.K. tabloids like the Daily Mail, MailOnline and the Mail on Sunday, for disclosing her private affairs and for violating copyright protections over her letter. The lawsuit would have failed in the United States under the freedom afforded to the press, but prevailed in Great Britain. (Fox News)

In a statement, Markle celebrated the legal victory.

"After two long years of pursuing litigation, I am grateful to the courts for holding Associated Newspapers and The Mail on Sunday to account for their illegal and dehumanizing practices," she said in a statement. "These tactics (and those of their sister publications MailOnline and the Daily Mail) are not new; in fact, they've been going on for far too long without consequence. For these outlets, it's a game. For me and so many others, it's real life, real relationships, and very real sadness. The damage they have done and continue to do runs deep.

"The world needs reliable, fact-checked, high-quality news. What The Mail on Sunday and its partner publications do is the opposite," Markle continued. "We all lose when misinformation sells more than truth, when moral exploitation sells more than decency, and when companies create their business model to profit from people’s pain. But for today, with this comprehensive win on both privacy and copyright, we have all won. We now know, and hope it creates legal precedent, that you cannot take somebody’s privacy and exploit it in a privacy case, as the defendant has blatantly done over the past two years.

Turley called her insistence that it was a victory for everyone "chilling."

"What Harry and Meghan achieved in the challenge was a direct assault on core press freedoms," he added. "They then sought to get millions to cheer them for the effort. What is worrisome is that many did."

This is the system Prince Harry was raised in—one Markle wholeheartedly embraces—and what makes his "bonkers" comment so troubling.