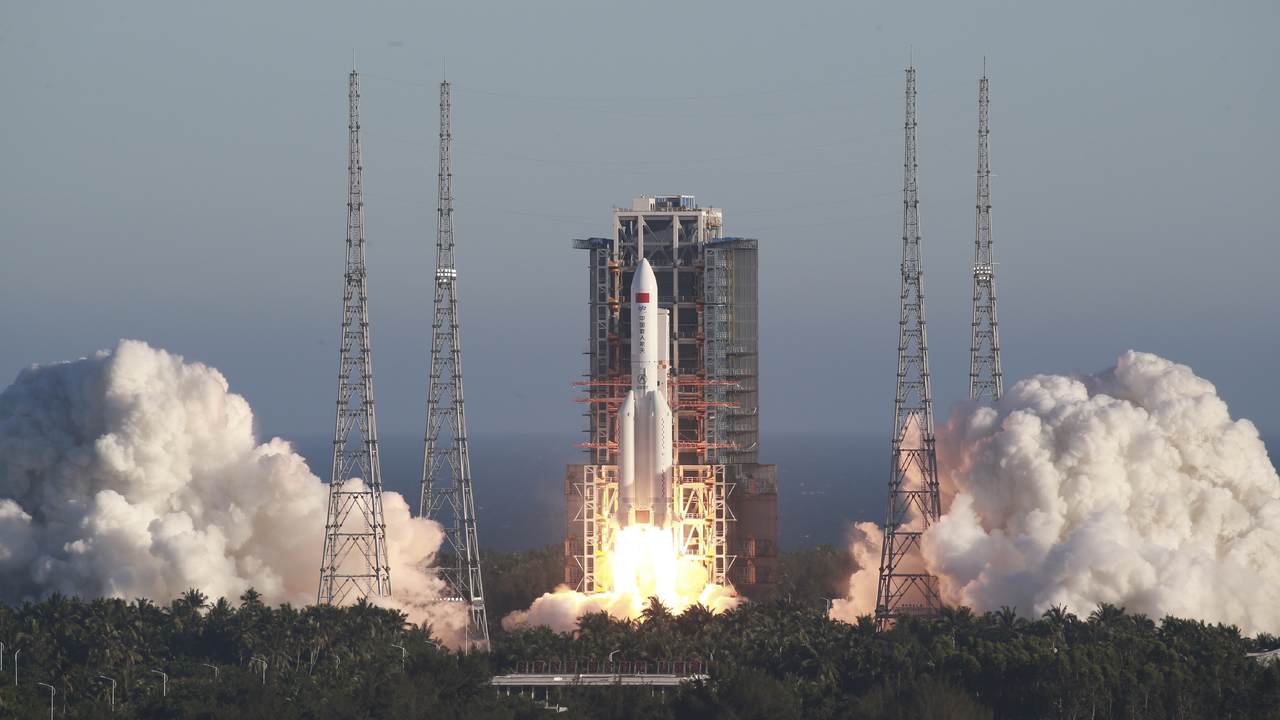 The world is still in the grip of the coronavirus pandemic thanks to China’s lies at the beginning of the outbreak about the disease’s communicability as well as a litany of other malign behavior—but their bad actions extend well beyond the virus. Think the CCP’s infiltration of U.S. universities and businesses, its disregard for health and safety in its manufacturing of building materials and exports of cheap goods, etc.

Now the world has to brace itself for the impact from a 23-ton piece of rocket that will crash somewhere on Earth this weekend, all thanks to the CCP’s irresponsibility in its space program.

While the chances you’ll be hit are slim, The New York Times even admits they’re not zero.

Part of China’s largest rocket, the Long March 5B, is tumbling out of control in orbit after launching a section of the country’s new space station last week. The rocket is expected to fall to Earth in what is called “an uncontrolled re-entry” sometime on Saturday or Sunday.

Whether it splashes harmlessly in the ocean or impacts land where people live, why China’s space program let this happen — again — remains unclear. And given China’s planned schedule of launches, more such uncontrolled rocket re-entries in the years to come are possible.

The country’s space program has executed a series of major achievements in spaceflight in the past six months, including returning rocks from the moon and putting a spacecraft in orbit around Mars. Yet it continues to create danger, however small, for people all over the planet by failing to control the paths of rockets it launches. (NYT)

Our latest prediction for CZ-5B rocket body reentry is:
??09 May 2021 03:43 UTC ± 16 hours
Reentry will be along one of the ground tracks shown here. It is still too early to determine a meaningful debris footprint. Follow this page for updates: https://t.co/p2AU9zE3y2 pic.twitter.com/MgzRAOTJnk

Jonathan McDowell, an astrophysicist at the Center for Astrophysics in Cambridge, Mass., told The Times China's failure to control the paths of its rockets is "negligent of them" and "irresponsible."

Ted J. Muelhaupt, principal director of Aerospace’s Center for Orbital and Re-entry Debris Studies, told the Times there could be 10 tons worth of debris spread out across hundreds of miles.

The White House this week declined to discuss how China would be held accountable if debris causes damage.

“The United States is committed to addressing the risks of growing congestion due to space debris and growing activity in space and we want to work with the international community to promote leadership and responsible space behaviors,” White House Press Secretary Jen Psaki said.

“It’s in the shared interests of all nations to act responsibly in space to ensure the safety, stability, security and long-term sustainability of outer space activities, so cooperation is a hallmark of our approach. We’re going to work with our international partners on that, and certainly addressing this is something we’ll do through those channels,” she continued.

But when pressed for a response about how the CCP would be held accountable for its reckless space program, she said she would “refer to the advice and guidance from US Space Command and Department of Defense and others.”