One State Will Soon Introduce Firing Squad as Execution Method 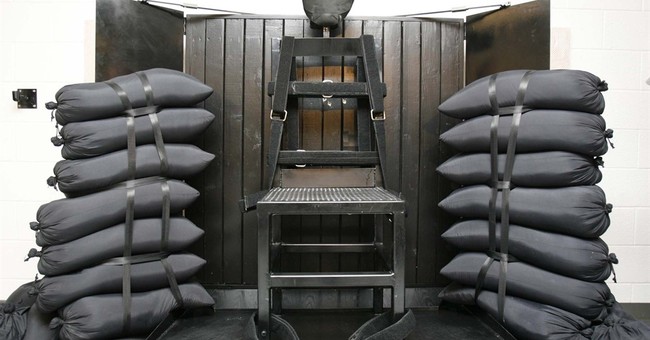 Death by firing squad is poised to become an execution method in South Carolina as the state faces a lack of lethal-injection drugs.

The state House passed a bill Wednesday, 66-43, approving the use of firing squads, two months after the state Senate approved the measure, 32-11.

Condemned inmates will be able to choose between electrocution or firing squad if lethal injection drugs are unavailable.

South Carolina can’t put anyone to death now because its supply of lethal-injection drugs expired and it has not been able to buy any more. Currently, inmates can choose between the electric chair and lethal injection. Since the drugs are not available, they choose injection.

The bill retains lethal injection as the primary method of execution if the state has the drugs, but requires prison officials to use the electric chair or firing squad if it doesn't. (ABC News)

Republican Gov. Henry McMaster indicated he will sign the bill when it reaches his desk.

We are one step closer to providing victims’ families and loved ones with the justice and closure they are owed by law. I will sign this legislation as soon as it gets to my desk.

The last time South Carolina executed a death row inmate was 10 years ago this week.

“Those families of victims to these capital crimes are unable to get any closure because we are caught in this limbo stage where every potential appeal has been exhausted and the legally imposed sentences cannot be carried out," said Republican Rep. Weston Newton.

But there is also opposition to the legislation on both sides of the political aisle.

“Somehow, here today we find ourselves in the position in this body to once again give a voice to that belief system that in this state, we’re a state about life, while simultaneously taking up a bill that’s not about life, that doesn’t cater to the ‘belief system’ in our state that its a state of life,” Democratic Rep. Justin Bamberg said. “This is about death.”

Republican Rep. Jonathon Hill, meanwhile, questioned if there's a "possibility" the state "could be wrong in handing out a death penalty verdict."