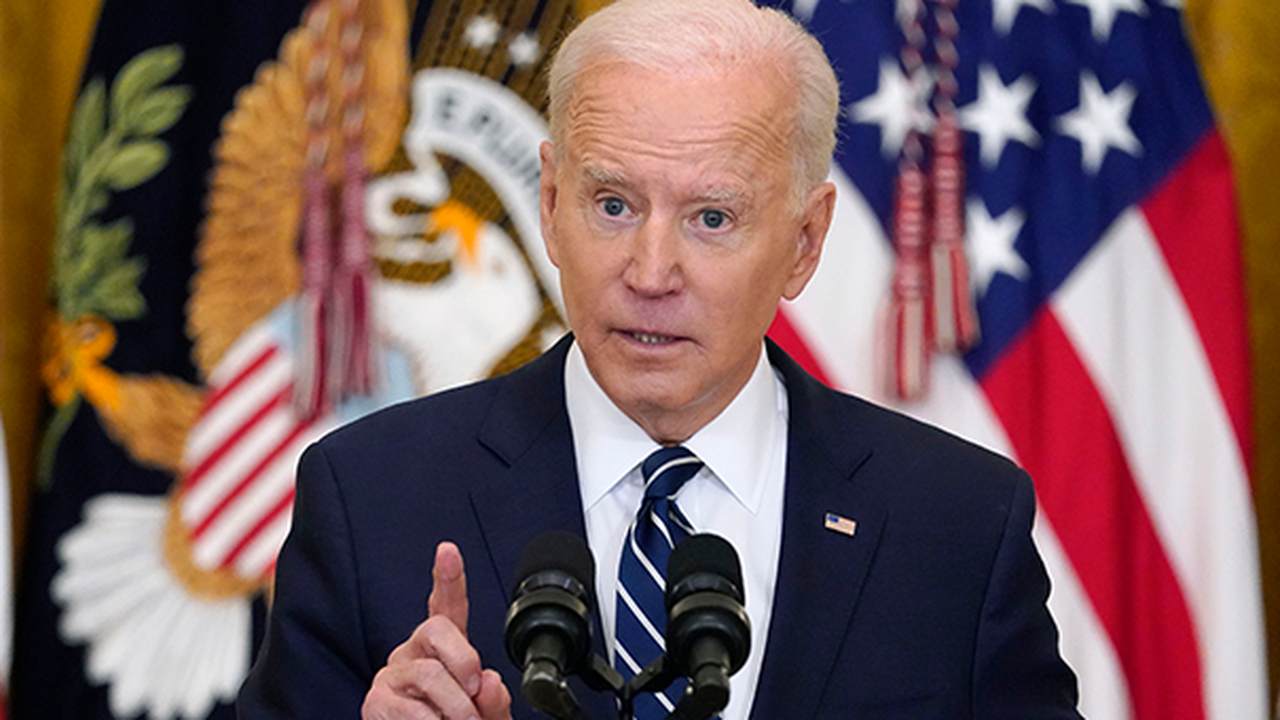 Conservatives have blasted President Biden's $2 trillion "infrastructure" bill as a Trojan horse hiding massive tax hikes. They also point out that less than 6 percent of that whopper of a price tag actually goes toward roads and bridges, while the rest advances progressive agenda items and what they’re defining as "soft infrastructure" (see Sen. Kirsten Gillibrand's tweet to understand that point). But according to "aides and operatives inside and out of the White House," the administration is looking to accomplish something much bigger than infrastructure, however the Left wants to define it.

Politico reported this week that the "infrastructure" package is how Biden is planning to "cement a governing majority."

President Joe Biden’s sprawling infrastructure plan doesn’t just attempt to turn decades-old progressive policy pursuits into law. Aides and operatives inside and out of the White House are coming to view it as an ambitious political play to cement, and even expand, the coalition of voters that delivered Democrats to power in November.

Biden’s advisers contend the pandemic has laid bare the need for spending hundreds of billions of dollars on a long list of “care economy” priorities that, like roads and bridges, have been neglected for too long, exacerbating inequality. And so, in addition to pursuing a more traditional infrastructure package, the White House is eyeing a second component that will include historic investments in everything from paid leave to community college.

It’s a once-in-a-generation opportunity to remake the structure of the American workforce and potentially firm up an electoral realignment that was hastened during the Trump years. And, to the administration’s delight, polling shows that voters — suburban dwellers and women in particular — are embracing not just those individual components of the bill, but the broader concept of the federal government stepping in to help with their problems.

“This is a real opportunity to redefine what our economic profile is going to be like — with an aspect of the building part and the caring part — and really could be definitional for our party for the next 50 years,” said Celinda Lake, a Democratic pollster and adviser to Biden’s 2020 campaign.

Spurred by the pandemic, Lake said, the belief in government as a solution “is here to stay for a while, and I think at least through 2022. But the other question for progressives and Democrats is how we solidify this as a permanent view of what the role of government is rather than just [intervening] during a crisis.” (Politico)

Ah, yes, hooking Americans on government from cradle to grave to "cement" and "expand" his voter base. This has long been the Left's vision, as was seen in the Obama campaign's propaganda campaign, "The Life of Julia," which garnered so much negative press it was scrubbed from his website. As my former colleague Kevin Glass detailed in 2012, the slideshow followed a woman throughout her life — from schooling to work to starting a family and retirement — showing how much better all those stages could be thanks to welfare programs.

Yes, the Obama Administration's policies alone can be the savior for American children everywhere - all it takes, apparently, are piles and piles of taxpayer money thrown around recklessly. And by the end, children will still be able to retire and live comfortably on the totally-stable programs of Medicare and Social Security!

The dream that Obama has for Julia's life is scary. There was a time that the "cradle-to-grave" formulation of the welfare state was disparaging. President Obama takes pride in having the government's fingers pushing Julia along at every stage of her life. This is the fantasyland that the Obama Administration is living in - absolutely no mention of the unprecedented debt and deficit that the government has racked up in the last four years and the effect that will have on the economy as the next generation comes of age. (Townhall)

It was scary then, but what's scarier now is that the progressive wing has an even stronger stranglehold on the party. Biden, who touted his "moderate" record on the campaign trail, is perfectly content now to cast that label off and embrace Big Government, so long as it secures his legacy as the modern FDR. America be damned.