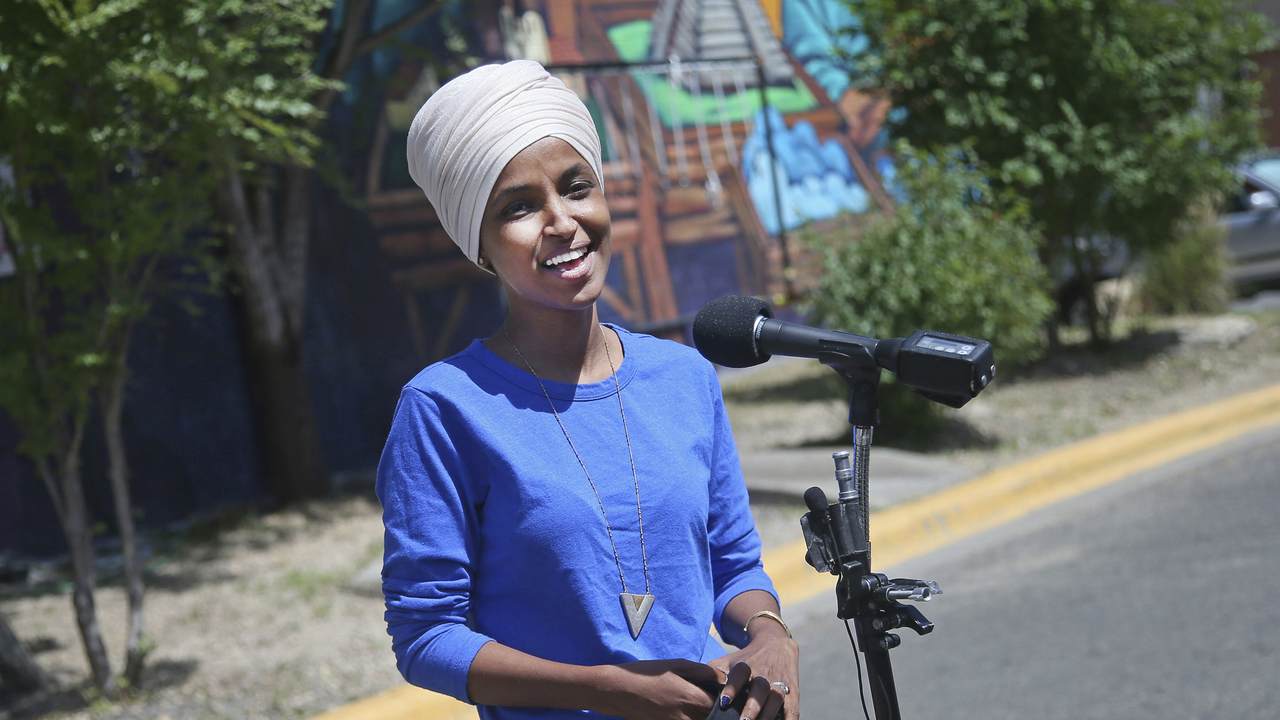 It seems like common sense and something that should already be on the books — lawmakers shouldn’t be able to use their campaign funds to pay their spouse, which is what happened when Rep. Ilhan Omar’s campaign paid her husband’s political consulting firm, E Street Group, nearly $2.8 million.

Though Omar did eventually cut ties with the firm after she won reelection, saying she wanted to “make sure that anybody who is supporting our campaign with their time or financial support feels there is no perceived issue with that support,” Republican lawmakers are hoping to put an end to such conduct once and for all.

Wisconsin Reps. Tom Tiffany and Mike Gallagher on Friday introduced the Oversight for Members And Relatives Act. Though it’s named after the Minnesota Democrat — the OMAR Act — the pair said “ethically dubious practices” occur on both sides of the political aisle.

“For too long, lawmakers of both political parties have engaged in the ethically dubious practice of pocketing campaign funds by ‘hiring’ their spouses and laundering the money as campaign related expenses,” Tiffany said in a press release.

“It is outrageous and inappropriate for Members of Congress to convert campaign donations to personal funds in this way,” Tiffany added. “It feeds public perceptions of corruption, undermines public trust in Congress, and must come to an end.”

Gallagher echoed Tiffany’s remarks about how such practices “erode trust in our government.”

“There’s simply no logical reason for allowing this practice to continue,” he said.

The two noted that passage of the legislation will help restore trust and public confidence in Congress.

They also pointed to past Democratic support for such efforts.

In 2007, Rep. Adam Schiff called for House approval of a ban on campaign payments to spouses “an important step forward in restoring the public’s confidence that elected officials are working in the public’s interest and not their own.” Speaker Pelosi, too, praised the House action, saying it would “increase transparency in election campaigns and [prevent] the misuse of funds.” Majority Leader Hoyer also applauded the measure, adding that it would “restore high ethical standards to Washington and clean up the culture of corruption.”

“Regardless of political party, we should all be able to agree that running for political office shouldn’t be part of a family enrichment scheme,” Tiffany concluded.

The bill would put an end to candidates for office tapping their campaign accounts to enrich their spouses.

It is outrageous and inappropriate for Members of Congress to convert campaign donations to personal funds in this way.