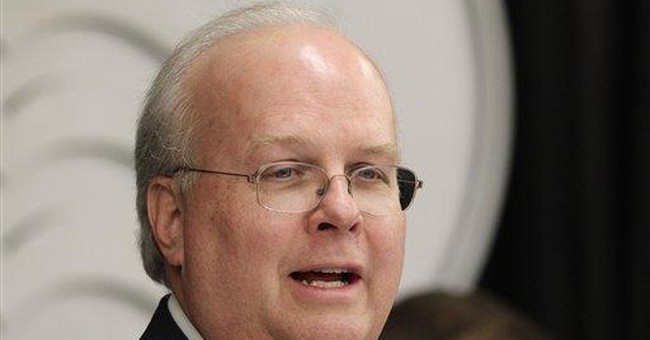 Republicans in Georgia are taking failed gubernatorial candidate Stacey Abrams very seriously ahead of the 2022 midterms, believing that she will attempt another run for governor in the state. As Reagan reported, Abrams built a formidable voter registration effort in the Peach State and has a solid fundraising network, so Republicans are doing everything they can, hoping to prevent a “complete left-wing takeover” of Georgia.

But Republican strategist Karl Rove has a hunch about Abrams’ political aspirations, and he doesn’t think she’s eyeing Georgia’s governorship.

After narrowly losing 2018’s gubernatorial race, Abrams intensified her efforts in the state to help Georgia go blue in the 2020 presidential race. She also mobilized voters to deliver two Senate victories for Democrats in the January runoff elections.

Understanding the threat she poses, Georgia Republicans announced Monday their new “Stop Stacey” group targeting Abrams, even before she has announced whether she'll run.

“We will do whatever it takes to expose Stacey Abrams’ radical network, highlight her dangerous agenda and ultimately defeat her — and her left-wing candidates — at the ballot box,” said Jeremy Brand, a senior strategist with the group. “There is no time to waste: We must stand up, fight back and stop Stacey.”

Abrams’ top aide responded, saying she hasn't made a decision about her political future yet.

Leader Abrams has made no decision about her political future, but here’s what I do know: GA Republicans failed on 11/3 & 1/5, with weak leaders, a disastrous COVID response, and families are suffering. Rather than a desperate distraction, perhaps they can #StartServingGeorgians. https://t.co/k49DD9q5Ss

'Treating the American Public Like Fools': Elon Musk Sounds Off After Biden's Comment About Electric Vehicles
Townhall
'This is a REALLY dumb comment': David Frum's smug dig at meteorologists over snow forecast BACKFIRES painfully
Twitchy
There's a Glaring Problem With a Pic Biden Released of His Call With Zelensky
Redstate
'Walk Away' Activist Brandon Straka Can Finally Speak About Being Under the FBI's Thumb After Jan 6
PJ Media