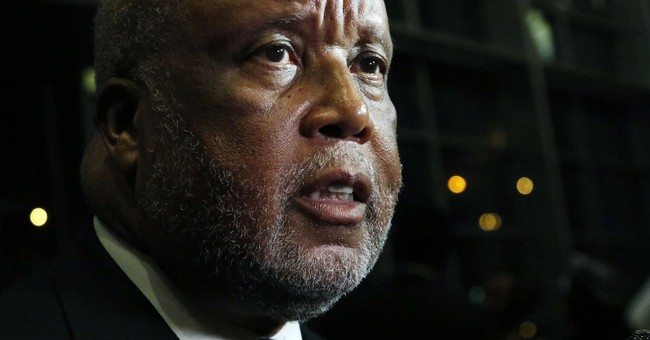 House Homeland Security Committee Chair Rep. Bennie Thompson called on the U.S. Capitol rioters to be classified as “domestic terrorists” and put on the no-fly list—a consequence he felt Sens. Josh Hawley and Ted Cruz should face as well.

“…[T]hese folks, in my opinion, can be classified as domestic terrorists because of the actions they participated in on Wednesday,” he told Sirius XM’s The Joe Madison Show, referring to the riot by pro-Trump supporters at the U.S. Capitol Building that left five dead. “Now under normal circumstances, international terrorists are out on no-fly lists. These are domestic terrorists–same thing. A terrorist is a terrorist, no matter who you are.”

Madison wondered whether Cruz and Hawley should be similarly punished for challenging the electoral college certification of Joe Biden’s win.

“There’s talk about liability for inciting this insurrection falling, maybe, in the laps of Senator Hawley and Senator Cruz and a member of Congress who may have Facetimed or led people to Pelosi’s office,” said Madison, referring to allegations that GOP Rep. Lauren Boebert (R-Colorado), “helped incite protesters to violence.”

“If these folks are found liable, should they be on the no-fly list?” the host asked.

“Well, there’s no question about it,” Thompson responded. “There’s no exemption for being put on the no-fly list.”

He explained further: “Even a member of Congress that commits a crime, you know, they expel from the body. There are ethics charges that can be brought against those individuals. And people are looking at all this. What Hawley did and what Cruz did was horrible. What—the new member from Colorado, who basically tweeted directions and everything that was going on—that’s not something you do. Somebody said, well she’s new. Well the point is ignorance of the law is no excuse. So if you don’t know, you’ve still done something wrong.”

Cruz and Hawley both denounced the violence that took place last Wednesday. Nevertheless, some lawmakers have called on the two to resign while others have argued that they should “at least” be kicked off some of the committees they’re on.

Thompson later doubled down on his suggestion.

I am not ashamed. However, they should be. https://t.co/yvqkgfzcpy