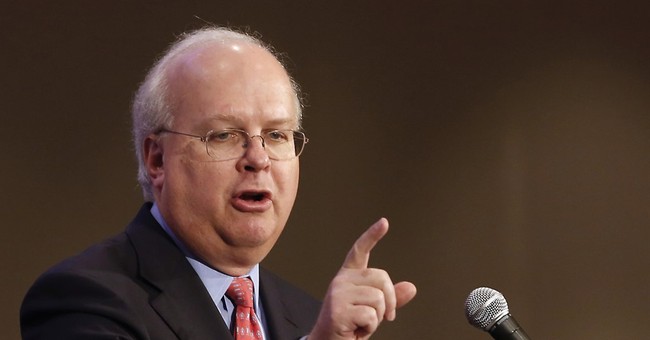 Prepared with his signature whiteboard, Republican strategist Karl Rove assessed the accuracy of Stacey Abrams’s claims about the state of the Senate runoff races in Georgia, arguing she’s “either misleading or she’s uninformed.”

On Monday, the former gubernatorial candidate said there’s an upward trend for Democrats so far.

Abrams said that 1.2 million Georgians have requested absentee ballots. Of that 1.2 million, she said 85,000 of those applications for mail-in ballots come from voters who didn't cast ballots in November. (CBS)

Asked by Fox News’s Martha MacCallum how Republicans are feeling in the state, Rove said, “Well, I think pretty good,” before pivoting to address Abrams’s numbers.

“She is either misleading or she’s uninformed,” Rove said. “She just said that there were 1.2 million people who’d requested a ballot, a mail-in ballot for the runoff, and that 1.3 million had done so in November. That’s not correct.”

He went on to explain: “In November, 1,740,795 people requested a mail-in ballot; 1,362,369 — actually exercised it, voted by mail, so today, the requests are half a million less, a third less than they were for the November election, and what you also need to remember is 600,000 of the people on the list for mail-in ballots, 600,000 of that 1.7 million are automatically on the list. They are on the list for a long time. They sign up for permanent mail-in ballots, so they’re counted as a request, but we don’t know whether or not they are actually going to vote.”

Rove said Abrams’s “implication” was that 1.2 million had already voted, which he argued was wrong, because only 52 percent of those who voted in the November election have returned their ballots so far.

“I don’t know what her deal was there except to sort of raise expectations that they were already in the lead, but this is a fight to the finish and the Republicans are doing pretty good right now, they’ve got a long way to go,” he said.