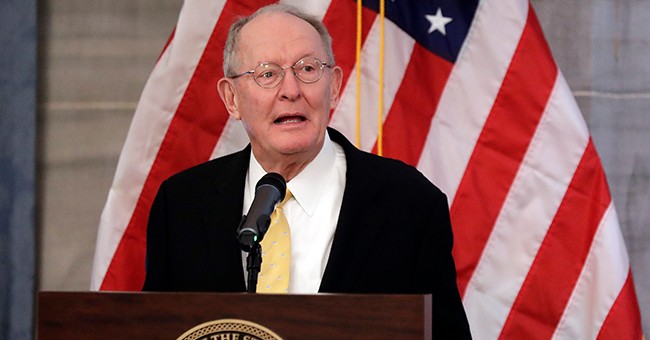 Republican Sen. Lamar Alexander sparred with “Meet the Press” host Chuck Todd on Sunday over the issue of President Trump conceding, with the retiring lawmaker pointing out that Stacey Abrams has yet to produce a concession speech two years after she lost her gubernatorial race in Georgia.

While Alexander said he hopes Trump “puts the country first” and “congratulates the president-elect,” after electors meet Monday to cast their ballots for Joe Biden, he took issue with Todd’s repeated questioning over whether the president has a right to contest the election.

At first, the Tennessee Republican pointed to the 2000 race and though he agreed with Todd that the circumstances are not similar, he said “what is a good comparison is that Al Gore conceded, then unconceded. Then, after 37 days, he conceded again. But the important thing was he made the best speech of his life. He went on television. He said, ‘the courts have decided. I respect the result. Let's put the country first.’ That's what I hope the president will do if, as expected, on Monday the electors vote for Joe Biden.”

Todd replied that he didn’t remember comments like these in 2016 that Hillary Clinton should’ve gotten more time. “I mean, do you see why it looks like a double standard?” he asked.

“Well, what about Stacey Abrams' concession speech? Have you found it yet?” Alexander shot back.

The Republican senator wondered why he isn’t saying anything about that if he keeps talking about Trump.

TODD: Look, I'm not here to talk about Stacey Abrams. I'm not covering that race --

ALEXANDER: Well, why aren't you covering --

TODD: -- and that is something that she deserves to be asked. But the question I have is, this is how the Republican Party seems to define itself in the Trump era, which is anything the president does that is unseemly, breaks a norm, instead of criticizing him, you, just now, you just say, "Well, what about?" It's whataboutism. "What about this?" That doesn't dismiss the president's behavior, does it?

ALEXANDER: Uh-huh. But I would think if you're going to talk about Donald Trump all the time, you might mention Stacey Abrams once. I mean, after all, Georgia is where the Senate races are --

TODD: It is something I've mentioned a handful of times. I'm not here to debate that.

"I have consistently said that if the president loses, and it appears that he will when the electors vote, he should put the country first, take pride in his accomplishments, congratulate Joe Biden and help him off to a good start, especially because of the vaccine," Alexander said. "I think that's a very proper way to think about that. And it respects the processes we have."