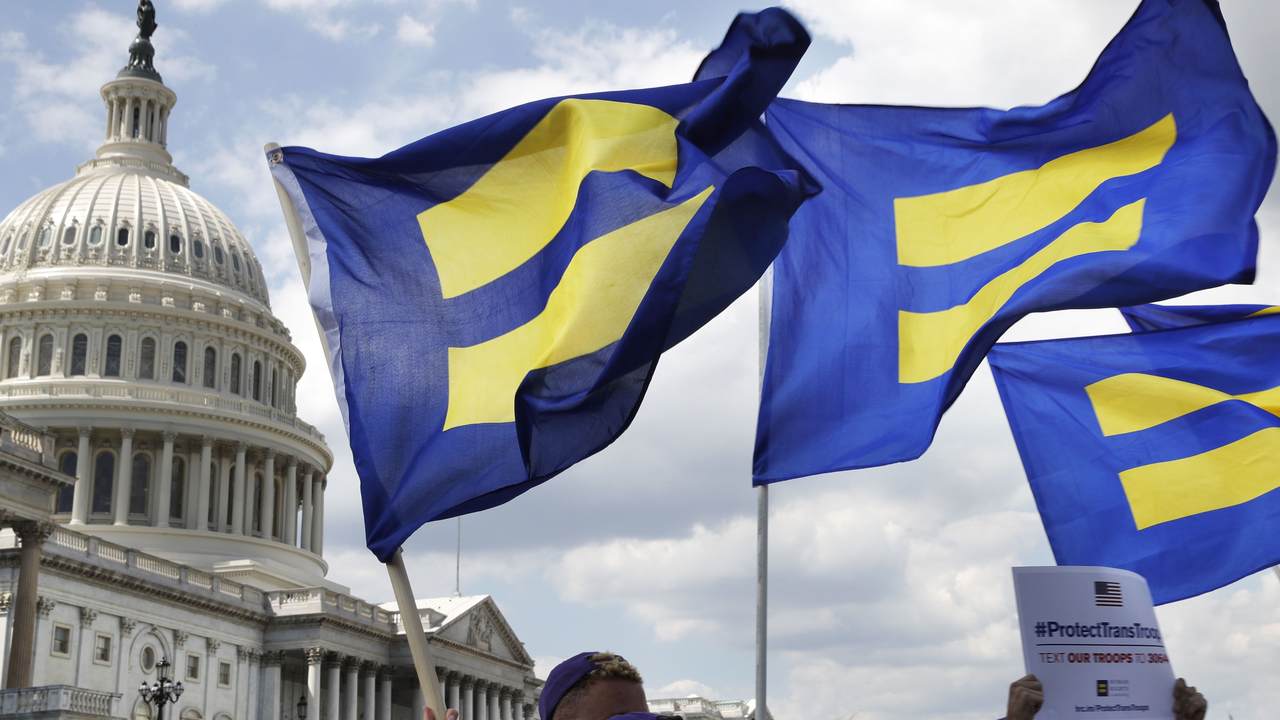 The results of the 2020 election have not been certified yet, but with the media's projection that Joe Biden and Kamala Harris won, the two have already been inundated with requests from far-left groups. The latest progressive organization to make its demands very clear is the Human Rights Campaign (HRC).

In a document titled "Blueprint for Positive Change 2020," HRC put forth 85 policy recommendations to advance the LGBTQ agenda.

The Biden-Harris administration has the opportunity to not only put our democracy back on track but deliver real positive change for LGBTQ people’s daily lives. The Blueprint for Positive Change 2020 charts the path forward for greater equality. https://t.co/8plCzvqsjQ

Albert Mohler, president of the Southern Baptist Theological Seminary, is bringing attention to the document's numerous threats to religious liberty.

But the most "sinister" vision, Mohler warns, is found in its recommendation at the Department of Education, seeking to ensure "non-discrimination policies and science-based curriculum are not undermined by religious exemption to accreditation standards."

"That is sinister. I’ve not seen any document like this before—the Human Rights Campaign is effectively calling for religious colleges and schools to be coerced into the sexual revolution or stripped of accreditation," Mohler says, adding that it's an "atomic bomb" as far as accreditation goes.

In clear text, for all the world to see, the Human Rights Campaign summons the Biden administration to deny accreditation—or, at the very least, to facilitate the denial of accreditation—to Christian institutions, Christian colleges and universities, and, for that matter, any other religious institution or school that does not meet the demands of the LGBTQ orthodoxy. This would mean abandoning biblical standards for teaching, hiring, admissions, housing, and student life. It would mean that Christian schools are no longer Christian.

This is insidious from top to bottom. Schools that will not get in line with the moral revolution, if the Biden Administration acts as demanded, will be denied their accreditation. We must not miss the language: Accreditation should be revoked for those who do not meet the LGBT “non-discrimination” standards or “science-based curricula standards.” [...]

This is an outright attempt to eliminate religious freedom for Christian schools—or for any religious school that refuses to bow to the moral revolutionaries at the Human Rights Campaign.

If the Human Rights Campaign achieves its policy goals, religious institutions will either be coerced into capitulation over fundamental religious and theological doctrines, or they will be marginalized. This kind of policy goes even further than, for example, attempts to strip federal funding and student aid from institutions that will not surrender to the LGBTQ movement. Indeed, accreditation is a more basic and pervasive threat—those colleges or universities would not be permitted to participate in the GI Bill; students would not be allowed to transfer their credits nor would they be allowed to apply for graduate study at other institutions. The threat to accreditation is more basic than the threat to federal funding. It would threaten even institutions that do not receive a single penny of government funding.

Given how clearly HRC has laid out its goal, "we dare not miss what is at stake," Mohler warns.