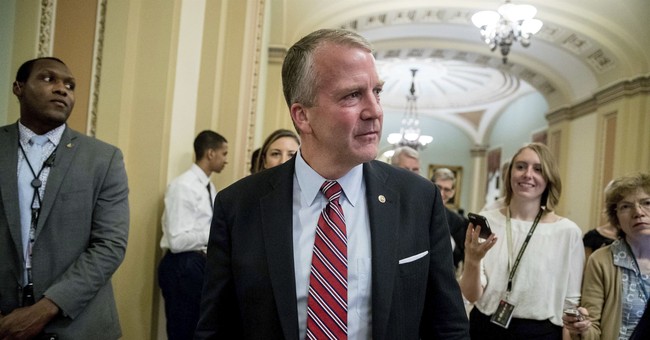 The projected results of the Alaska Senate race means Republicans have reached 50 seats in the upper chamber. The two Georgia Senate races are headed for a runoff in January.

“I want to congratulate my fellow Marine, Senator Dan Sullivan on his victory. Alaskans know Dan as a man who always puts service before self and who has championed the unique needs of his state in Washington," National Republican Senatorial Committee Chairman Sen. Todd Young said in a statement. "The state will be well served with another six years of his representation.”

The long wait for results frustrated many but had to do with the "sprawling geography" of the state.

[T]he drawn-out count is, in fact, going according to plan, although that plan has been criticized by some state officials. Due to Alaska’s sprawling geography, officials count absentee ballots that arrive within 10 days of Election Day as long as they’re postmarked by then. If the ballots are coming from outside the U.S., they’re given 15 days to arrive as long as they have the appropriate postmark. [...] Because of the process used to ferret out duplicate voting, Alaska doesn’t begin counting mail-in ballots until well after Election Day... (Yahoo)