CNN's Analysis of Trump's Address to the Nation: He's an 'Obese Turtle on His Back, Flailing in the Hot Sun' 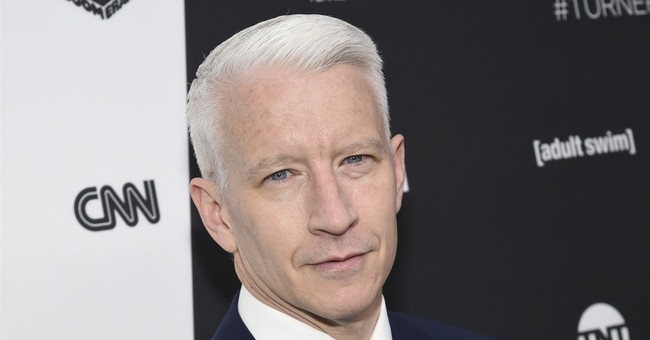 CNN’s Anderson Cooper offered his thoughts on President Trump’s address to the nation about the state of the presidential race on Thursday, likening him to an “obese turtle.”

“I don’t think we’ve ever seen anything like this from a president of the United States,” Cooper noted. “And I think as Jake [Tapper] said, it’s sad and it is truly pathetic, and of course, it is dangerous.”

Cooper argued the president’s claims of ballot irregularities and fraud were baseless.

“He talked about things that he’d seen on the internet,” he continued. “That is the president of the United States. That is the most powerful person in the world and we see him like an obese turtle on his back, flailing in the hot sun realizing his time is over, but he just hasn’t accepted it and he wants to take everybody down with him, including this country.”

Anderson Cooper: "That is the president of the United States. That is the most powerful person in the world. We see him like an obese turtle on his back flailing in the hot sun, realizing his time is over." pic.twitter.com/Az8Gp22wfJ

After Trump’s campaign announced a slew of lawsuits, the president said that their “goal is to defend the integrity of the election.”

"If you count the legal votes, I easily win. If you count the illegal votes, they can try to steal the election from us," he said. "I've been talking about mail-in voting for a long time, it's really destroyed out system. It's a corrupt system and it makes people corrupt even if they aren't by nature, it's too easy. They want to find out how many votes they need and then they seem to be able to find them."

Watch some of the highlights from President @realDonaldTrump's press conference moments ago:

"Our goal is to defend the integrity of the election. We'll not allow the corruption to steal such an important election or any election for that matter." pic.twitter.com/9kY9IUr8Kd

Cooper later said he regretted his choice of words:

“I regret using those words, ’cause that’s not the person I really want to be. And, uh, yeah, it was in the heat of the moment, and I regret it.”