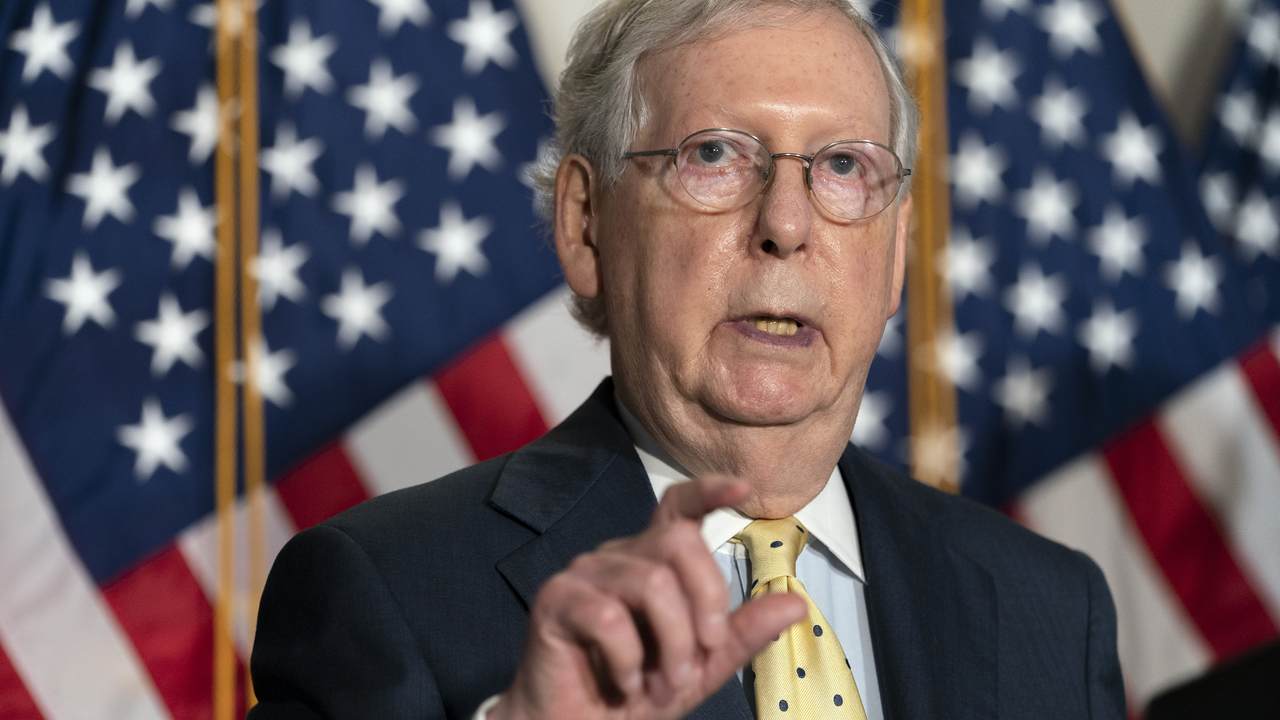 There are many Senate races to watch closely this election that will determine which party holds the majority in the upper chamber. Republicans, who currently have a slim 53-47 majority, can afford to lose three seats if President Trump wins reelection, with Vice President Pence breaking any tie. Alternatively, Democrats would need to pick up at least three seats if Joe Biden wins; Kamala Harris would break any tie.

With just days to go before the election, Senate Majority Leader Mitch McConnell revealed during a campaign stop in Kentucky on Wednesday what he believed the chances are that Democrats gain control.

“It's a 50-50 proposition. We have a lot of exposure. This is a huge Republican class," McConnell said. "There are dogfights all over the country."

Although Republicans are hoping to win back the Alabama seat held by Democratic incumbent Sen. Doug Jones – who is considered to be one of the most vulnerable senators – Democrats are going after GOP senators in a growing number of states, including Maine, Colorado, Georgia, Iowa, Montana, North Carolina and South Carolina.

There are nine Republican-held seats that are rated as either leaning Democratic or toss-ups by the nonpartisan Cook Political Report, which by contrast only rates one Democrat-held seat as leaning Republican (and none as toss-ups).

For months, McConnell has warned of a competitive battle for the Senate. Republicans will be defending 23 seats in Tuesday's election, compared to Democrats' 12 seats. Democrats have not held a majority in the Senate since 2014. (Fox News)

"If you look at the Democratic Party today, you ought to be frightened," McConnell said Wednesday. "We're fighting for our way of life."