The Judicial Crisis Network's All-Out Campaign to Get ACB Confirmed 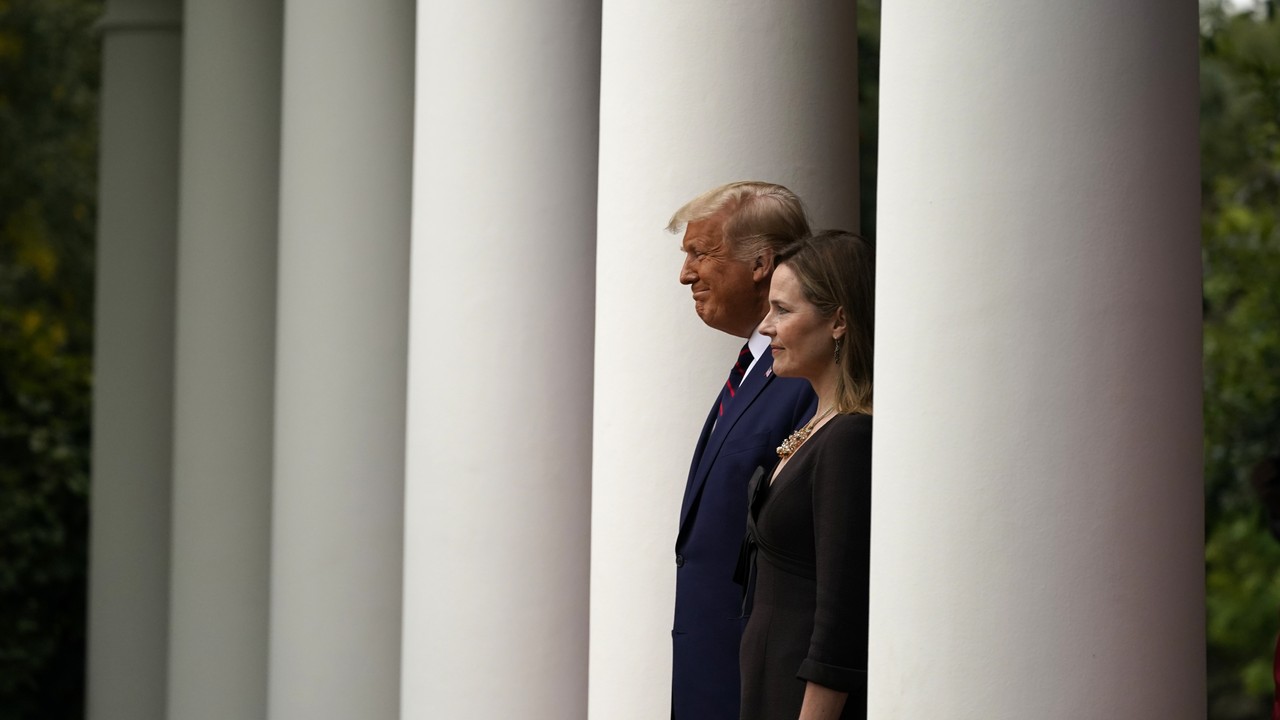 With a vacancy suddenly open on the Supreme Court in the wake of Justice Ruth Bader Ginsburg’s death, Republicans knew they had a duty to nominate a candidate that, hopefully, would be confirmed prior to the 2020 election, fulfilling President Trump’s campaign promise to reshape the federal judiciary. The Left was similarly motivated—but to obstruct the process until after the election, hopeful of Democratic victories.

In 2018, Democrats dragged Justice Brett Kavanaugh through the mud in hearings that were as ugly as they were divisive. Even Ginsburg regretted what the confirmation process had turned into in recent history—“a highly partisan show.”

With President Trump naming Judge Amy Coney Barrett, everyone knew the attacks would inevitably come, but in what form? Right out of the gate, Democrats have focused on the legitimacy of the process so close to the election and her faith, the latter being a target of her 2017 confirmation hearings for the 7th Circuit Court of Appeals.

The Judicial Crisis Network has taken both head-on in a three-part, multimillion-dollar ad campaign to confirm Barrett. “Follow Precedent” reminds voters about how bipartisan the confirmation process used to be. Ginsburg, for example, received a 97-3 vote in the Senate and was confirmed in 42 days; Justice O’Connor in 33. “In eight out 10 vacancies like this, the nominee was confirmed. Democrats are shamefully trying to change the facts,” the ad states.

“From Her,” the second part in the series, features Barrett describing her responsibility as a judge to follow the law, not politics. And finally, “Stop the Bigotry” points out the shamelessness of the anti-religious bigotry against Barrett. JCN also set up ConfirmAmy.com, a place where interested individuals can learn more about the nominee.

Regarding other possible ways Democrats may go after the judge, JCN President Carrie Severino says the Left also appears to be targeting her children, two of whom are adopted.

“We've also seen some liberals … suggesting that people need to look into her adoption records, trying to see if there's, if there's some fault they can find with the procedure for adoption,” she told Townhall.

Even more troubling, however, is the suggestion that “it's inherently white supremacist to adopt Black children, which I think many of the multiracial families in this country would say, this is outrageous,” Severino continued. “That kind of line of attack needs to be rejected.”

The ecumenical community she belongs to—People of Praise—has also come into focus. The Left is “trying to make them seem radical or suggest that she, because she's a member of that group, she can't be a judge,” explained Severino.

“I think those are all ridiculous as well,” she continued. “And I hope that we won't see the Democrats go down that line, but we seem to see it suggested that there are people who think that is fair game.”

No matter what form the attacks take, one thing Severino is certain of is that the opposition is no less determined now than they were two years ago.

While JCN has ramped up its efforts since then to handle any last-minute gamesmanship, defending “principled nominees” has always been its mission since the group’s founding in 2005.

“We saw that the hostility of the confirmation process had become such that you really needed to have an organization that was there to be able to defend these principled nominees,” she said, noting that they are not in a position to counter unfounded attacks or misrepresentations of their records. “We recognize there was a need for someone to be able to mount that defense.”

Barrett may not share the same jurisprudential approach as Ginsburg, but Severino believes she’s a fitting successor nonetheless.

“She is a path-breaking woman. And as Justice Ginsburg herself said, we need people, we need to realize that women, like men, come in all shapes and sizes and they don't always look alike and they don't always agree. And I think that that's what we're going to see here. Another outstanding role model for women.”