Minneapolis Residents Now Feel Like They're Living In a 'War Zone' 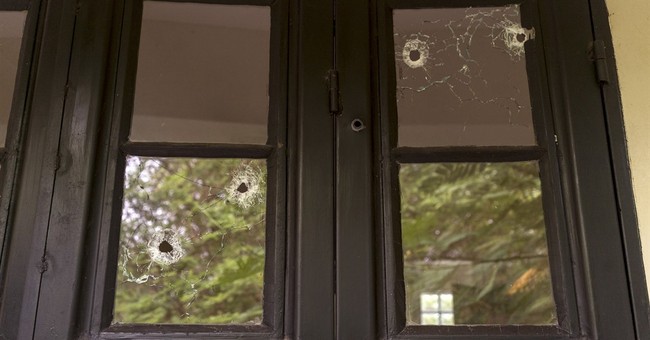 In a heartbreaking interview, a Minneapolis resident is seen begging the mayor and city council to hear the residents’ desperate pleas for help over the uptick in violent crime.

“Honestly I really haven’t been sleeping right now I mean really I can’t. I hear every little thing that is going on, police sirens, like the helicopters, the gun shooting, everything” Liz Cruz told CBS Minnesota.

“You’re sleeping and all of a sudden you feel like you are in a war zone,” she continued. “I have four children and I’ll sleep with them all in my room because I am scared and I’m terrified something is going to happen to them.”

Police Chief Medaria Arradondo said gun violence in the northern part of the city is the worst it’s been in years.

“Nobody sees what we’ve living nobody is feeling what we’re feeling because they’re not here,” Cruz said.

Just next door to Cruz’s home, a stray bullet passed through the house. And residents in her community have had to run inside even in the afternoon when gunshots could be heard.

“Help us, come and see what’s going on and we’re really not getting any responses from the Mayor of city council we feel kind of alone right now,” Cruz said, begging local elected officials for help. “Come here, meet with us, face us, stay here for a weekend for the love of God just come here and say something to us the people that are freaking voting for you and depend on you to take care of us where are you show your face to us do something don’t just sit there and let your city go down to the ruins do something for us.”

'You Feel Like You're In A War Zone': Mpls. Residents Call For Change In Their Neighborhoods https://t.co/DjgZaztm2N pic.twitter.com/mPSCnZgnHj

Such cries from people like Cruz have been heard by some members of the city council, who just months ago were calling for dismantling the police but have now changed their tune. During a recent meeting that was supposed to be a discussion about police reform, Democratic council members complained there isn’t enough policing being done to handle the uptick in violent crime.