The Kennedy Political Dynasty Is Over 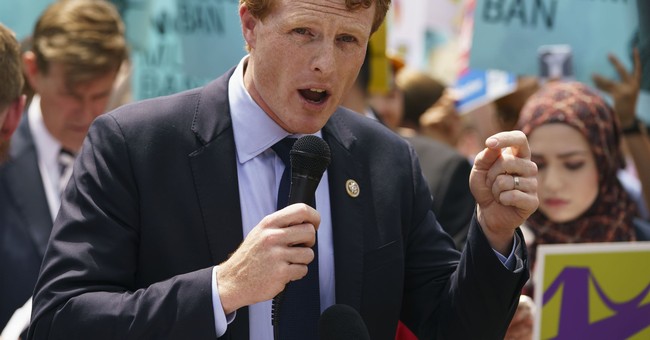 As Matt reported Tuesday, the Senate race in Massachusetts between Rep. Joe Kennedy and incumbent Sen. Ed Markey was set up as a fight that pitted Establishment Democrats against the progressive left. It gave Kennedy a chance to make history, but not in a good way. If he lost, he’d be the first Kennedy in the commonwealth to lose a race…and that’s exactly what has happened.

Kennedy conceded to Markey hours after polls closed, when the senator had 54 percent of the vote to his 46 percent. He told supporters he had already called to congratulate Markey “and to pledge my support to him and his campaign in the months ahead.”

Acknowledging that it was a “heated” race, he said “good elections” often are. Markey “is a good man," he argued. "You have never heard me say otherwise."

Thank you. I am so proud of what we built together.

I’d do it with you all again in a heartbeat.

"Tonight is more than just a celebration of a movement," Markey said in his victory speech. "It is a reaffirmation of the need to have a movement, a progressive movement, of young people demanding radical change, demanding justice. A movement giving voice and power to young people when for far too long they were ignored."

Markey, a supporter of the Green New Deal and Medicare for All, also thanked Kennedy and said the two had a “shared commitment to the people of this great commonwealth.”

President Trump commented on the race saying "even a Kennedy isn't safe" in today's Democratic Party.

See, even a Kennedy isn’t safe in the new Radical Left Democrat Party. Taxes up big, no 2A. Biden has completely lost control. Pelosi strongly backed the loser! https://t.co/DKYVBpbpP7