FACT CHECK THE LEFT: Is Kamala Harris Really a 'Moderate'? 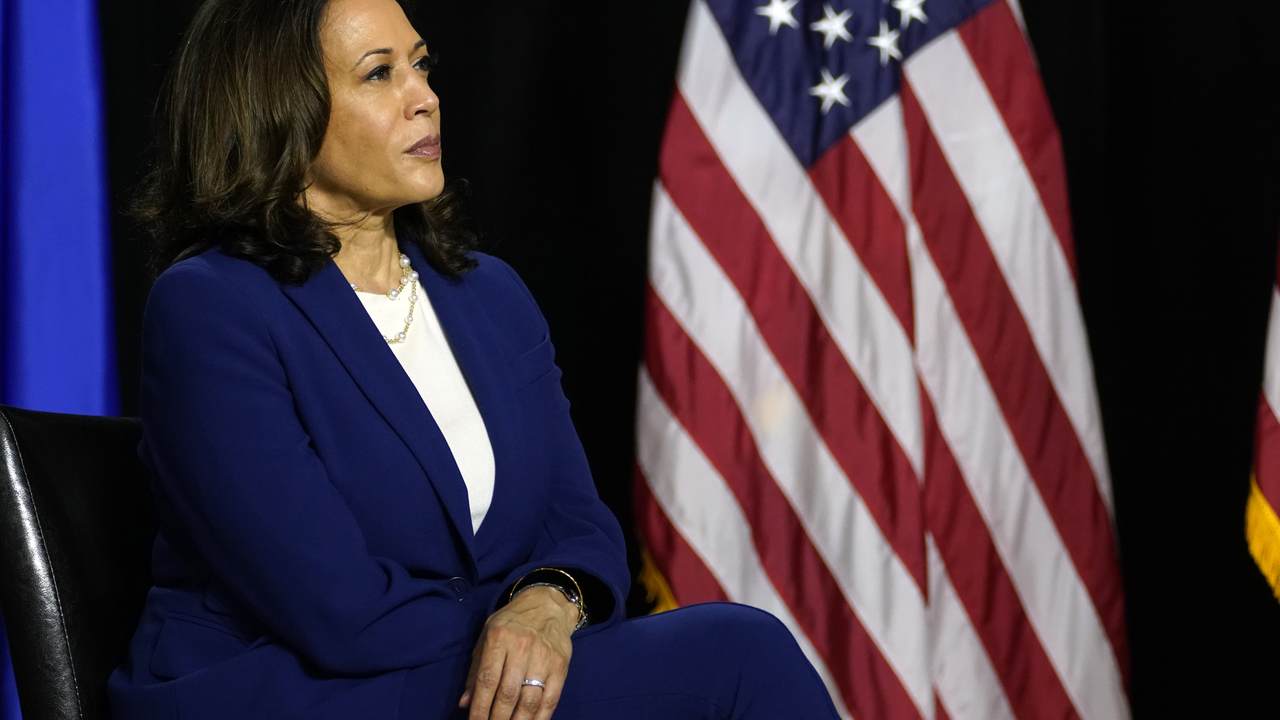 CLAIM: After Joe Biden announced Democratic Sen. Kamala Harris would be his running mate, The New York Times described her as a "pragmatic moderate." Many other news outlets and commentators made the same case.

Let's first start with Harris's GovTrack report card, which offers statistics that "dissect the legislative records of Members of Congress during the 2019 legislative year." In 2019, she was ranked the most liberal among U.S. senators, even beating Sen. Bernie Sanders. She also "joined bipartisan bills the least often compared to Senate Democrats," GovTrack notes.

Now, we'll take a look at where she stands on major issues.

Harris is radically pro-abortion and has a 100 percent voting record from NARAL since entering the U.S. Senate. She opposes the Pain-Capable Unborn Child Protection Act; supports abortion on demand through all nine months of pregnancy; co-sponsored the Women's Health Protection Act, legislation that would "override state restrictions on abortions in the last three months of pregnancy," National Review reports; and voted against the Born Alive Abortion Survivors Protection Act, which would provide medical care to infants born alive during a botched abortion.

As California Attorney General, she did Planned Parenthood's bidding and had David Daleiden's home raided after he exposed the abortion giant's harvesting and sale of fetal body parts.

She supports the Green New Deal (GND) and co-sponsored the resolution put forth by Sen. Ed Markey. The GND promised a "massive transformation of our society," in part by retrofitting every building in the country to be energy efficient and eliminating cars, fossil fuel, and air travel. Harris even vowed to eliminate the filibuster to get the extreme plan passed. She also supports a fracking ban that would crush the energy industry and take countless jobs with it.

She joined Sen. Bernie Sanders in introducing the Medicare for All Act, which would pull more than 180 million Americans off their private insurance.

Kamala Harris supports a complete government takeover of healthcare, says regarding the free market: “Let’s eliminate all that. Let’s move on.” pic.twitter.com/0HmW2Pnn6d

Harris recently co-sponsored legislation that would give $2,000 monthly checks to Americans earning less than $120,000 per year during the pandemic and for three months afterward.

The NRA warned after the Harris pick that together, Joe and Kamala will "dismantle the Second Amendment." Based on her track record, that's not a stretch. She doesn't believe Americans have a right to own a gun, supported a ban on "assault" weapons, and vowed during her campaign that if elected, she'd move forward with gun control even without Congress. Don't let the fact that she's a gun owner fool you.

During one presidential debate, she joined her Democratic counterparts in raising her hand when asked if their health plan would offer taxpayer-funded coverage to illegal immigrants. She similarly raised her hand in support of making it a civil offense to cross the border illegally. When pressed on the matter later, she responded:

"I am not in favor of decriminalizing, um -- or not having consequence for -- we have to keep -- let me just be very clear," she said on "The View." "We have to have a secure border, but I am in favor of saying that we're not going to treat people who are undocumented and cross the border as criminals. That is correct. That is correct."

"I do find it confusing," Meghan McCain responded. "I believe if someone crosses over the border illegally, it is illegal, and you would decriminalize it."

"I would not make it punishable by jail," Harris replied. "It should be a civil enforcement issue, but not a criminal enforcement issue. So there should be -- you know, you gotta play by the rules, but we can't treat people like criminals when -- when they're crossing the border."

On the campaign trail, she vowed to repeal the Tax Cuts and Jobs Act on day one. If that were to happen, taxes on Americans would increase, as detailed by Americans for Tax Reform.

TOWNHALL'S RATING: The claim made by The New York Times and other news outlets and commentators that Harris is a "pragmatic moderate" is false. Harris's record proves she is no moderate; she is radically progressive and, worse, appears to have no core beliefs at all, going instead wherever the politically expedient wind takes her. After all, she once argued Biden is not only a racist, but a sexual abuser, and yet now she's "honored" to join the ticket.