'Unhinged': Dem Rep Accuses Trump of Wanting to Be 'Grand Wizard of the KKK' 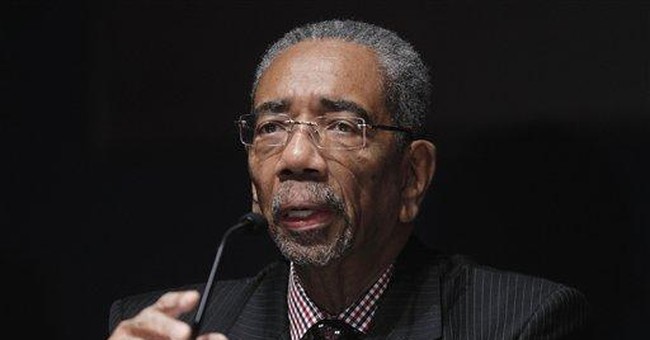 Democratic Rep. Bobby Rush compared federal agents to the KKK on Wednesday and said President Trump is trying to start a race war in the U.S.

“Trump wants to instigate a race war,” he said during an interview with “The Joe Madison Show” on SiriusXM. “He wants to have black folk fighting white folk so that he can rise up and say, 'I’m the real Grand Wizard of the Ku Klux Klan and I’m the President. Reelect me!' That’s what he’s trying to do. He’s trying to play to their fears, to their racial animus that exists among certain white people, and he will do everything and anything to do that because he wants to be reelected at all costs."

Rush was co-founder of the Illinois Black Panther Party & via LA Times he was a "black-power advocate spouting: 'Off the pigs.'"pic.twitter.com/QZZq9Lsbhm

The comment came after the host asked about federal law enforcement officers possibly heading to Chicago, the city Rush represents, to address the civil unrest and escalating violence.

Democratic Chicago Mayor Lori Lightfoot said Tuesday she would refuse to allow federal agents to come to the Windy City and "terrorize our residents."

President Trump Trump announced Wednesday, however, that a "surge" of federal agents will be sent to Chicago as part of a plan to combat "violent crime."

"Frankly, we have no choice," he said at the White House.

Spencer Brown
Another Border Town Reveals They Didn't Know COVID-Positive Immigrants Were Released Into Their Community
Julio Rosas
Inevitable: DC Reimposes Indoor Mask Mandate for Vaccinated People. But Why?
Guy Benson
Biden Said He Wouldn't Shut the Country Down, Was That a Lie?
Katie Pavlich
DOJ Threatens to Sue Texas Over Its Steps to Stop Illegal Aliens From Spreading Disease
Katie Pavlich

Americans Prove You Can Oppose Mandatory Shots While Still Getting Vaccinated