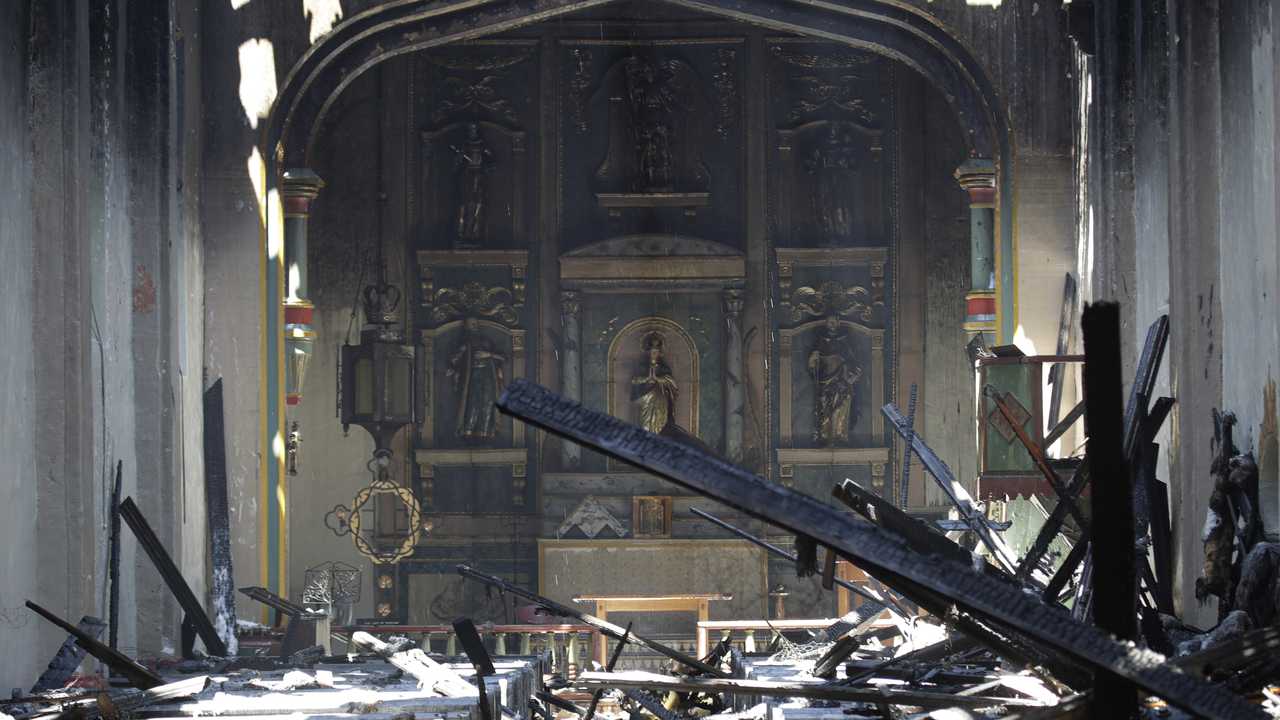 It didn't take long for the cancel culture mob to target Christianity. We saw this when activist Shaun King called for images of Jesus to be removed because they represent a form of "white supremacy." Statues of the Virgin Mary were vandalized in many parts of the U.S., and in Los Angeles, rioters toppled a statue of Catholic priest Junipero Serra. Amid this backdrop, a Catholic church in Florida was set ablaze on Saturday.

The Marion County Sheriff's Office said Steven Anthony Shields, 24, crashed his van through the front doors of Queen of Peace Catholic Church in Ocala around 7:30 a.m.  He got out, poured gasoline in the foyer area and set it on fire, authorities said.

Shields then drove off but was spotted by Deputy Josue Gonzalez, who stopped the vehicle by hitting it with his patrol car, the sheriff's office said. (Fox News)

The suspect was happy about his actions, telling investigators what he did was "awesome."

According to the Star-Banner, Shields has schizophrenia and is off his medication.

Fortunately, no one was injured in the blaze.

That wasn't the only church to face fire damage over the weekend, however.

"The blaze came amid rising anger over California missions and other colonial monuments that for many serve as painful reminders of the nation's racist history," the LA Times reports. "For that reason, investigators, including a representative from the federal Bureau of Alcohol, Tobacco, Firearms and Explosives, were looking into whether it was intentionally set, officials said."

"Just because it's a church, and I'm sure you're aware of the recent vandalism that's been done to the mission churches and the statues of Junípero Serra," Capt. Antonio Negrete, public information officer for the San Gabriel Fire Department, told the Times. "So that's part of the investigation."

Last month, St. John's Episcopal Church near the White House was set on fire by rioters, prompting President Trump to warn on Twitter: "YOU DON'T BURN CHURCHES IN AMERICA!"