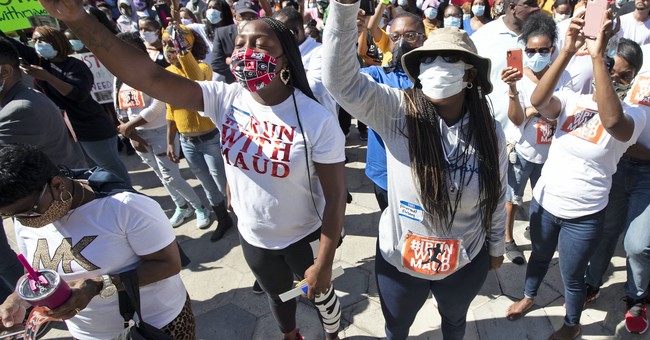 When Americans gathered to protest stay-at-home orders in places like Michigan they were criticized by Democrats and the media for their selfish acts that were going to put their communities at risk and kill granny. Then, as soon as protests in the wake of George Floyd’s death in police custody erupted across the nation, it was as though coronavirus didn’t even exist. The whole thing was political, of course, and it was made very clear as soon as President Trump announced his rallies would soon begin again. But, in case there was any doubt, NBC News drove the point home on Sunday in two tweets sent out approximately an hour apart.

“Rally for Black trans lives draws packed crowd to Brooklyn Museum plaza,” read the first tweet, with no mention of the coronavirus risk. The second? “President Trump plans to rally his supporters next Saturday for the first time since most of the country was shuttered by the coronavirus. But health experts are questioning that decision.”

Remember, in the middle of the lockdown people were ticketed for taking leisurely drives, without getting out of their car at all, and a paddleboarder who was alone in the middle of an ocean was arrested (among many other examples).

As social media users pointed out, the different treatment is “just shameless.”

Little over an hour apart. pic.twitter.com/K2a7fGRNDd

To justify this, Democrats have decided to claim being outside with masks is now safe. Would have been nice to have known that when the super-awesome Grim Reaper guy was shaming people for being at deserted beaches & billions were subjected to stay-home orders, but here we are.