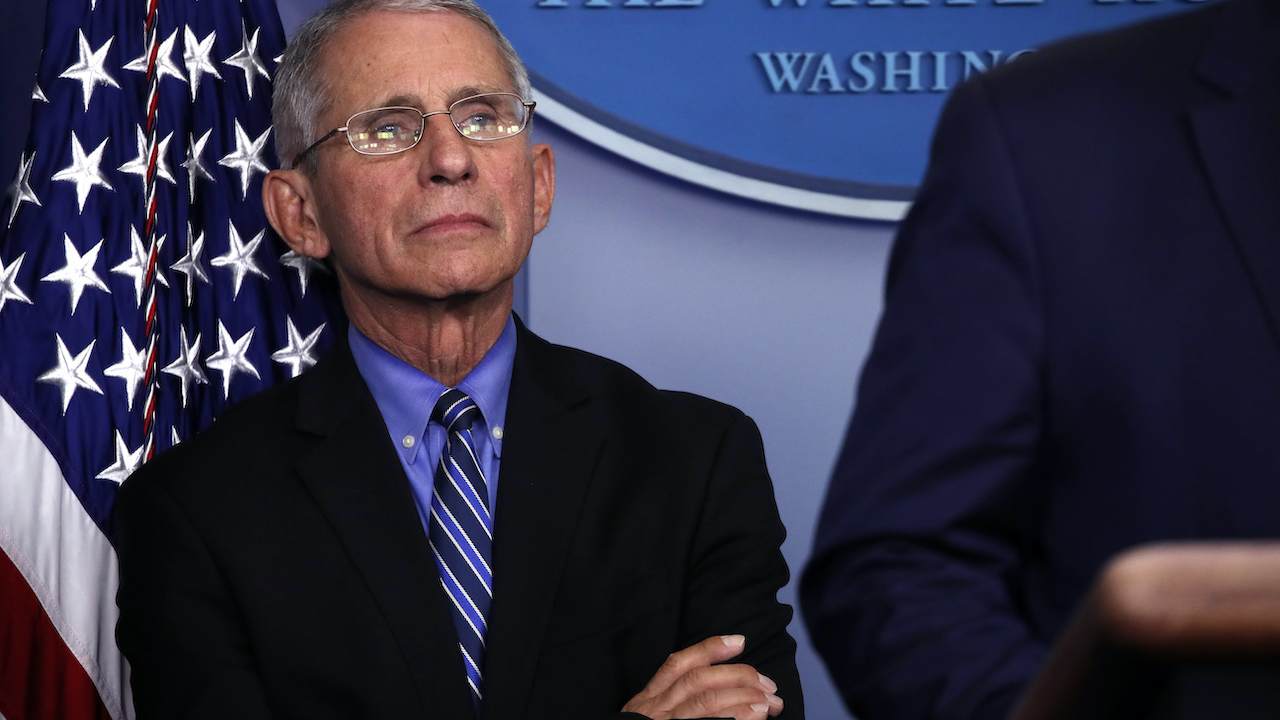 By now you’ve likely seen the exchange between Sen. Rand Paul and Dr. Anthony Fauci from Tuesday’s Senate HELP committee hearing, where the Kentucky Republican challenged coronavirus model predictions, argued that recovered COVID-19 patients likely have immunity, and pushed back on calls for children not to go back to school in the fall. While Paul said he respects the NIAID director, he doesn’t think his opinion is the “end all.”

Fox News’s Tucker Carlson picked up on Paul’s line of questioning to Fauci on his program, pointing out just some of the times he’s been wrong or completely contradicted himself.

The first example was what Fauci said about wearing masks. On Tuesday, he praised mask-wearing, saying it should be a regular part of how Americans can prevent the spread of the infection.

“They are following his words and he’s pleased by that. He didn’t expect to have this much power at the age of 79,” Carlson said. “The funny thing was though it was two months ago that Fauci was … lecturing the rest of us that actually wearing a mask was pointless, and maybe worse than pointless, and people shouldn’t do it.”

Fauci is then shown in a CBS clip from March 8 saying people shouldn’t be wearing them. The NIAID director explained while it may make people feel better, it’s not a perfect protection.

“I know this is going to be painful for some people, they don’t want to doubt, it’s a little bit like learning that your religion is fake, but this religion is fake. It shouldn’t be a religion in the first place, it’s supposed to be science,” Carlson said.

The host then moved on to his next example of when Fauci said in January that while coronavirus needs to be taken seriously, it’s “not a major threat for the people of the United States” and not something Americans should be worried about.

Of course, that wasn’t all. Carlson brought up the fact that Fauci believes we should never shake hands in this country again.

“This is just buffoon level stuff,” the host said.

“The point is, is this the guy into whom you want to vest all of your trust? Is this the guy you want to chart the future of the country? Maybe not. This is a very serious matter….Tony Fauci has not been elected to anything.”

He continued: “Yet in the last four months, Fauci has become one of the most powerful people in the world. […] Fauci, like every other human being, is flawed. He says things that are wise, he says things that are profoundly silly. He’s not, and no one is the one person who should be in charge when it comes to making long term health recommendations. This guy, Fauci, may be even more off base than your average epidemiologist.”

No doctor should be making these decisions about federal policy, Carlson argued. “We elect leaders for that because we’re supposed to be in charge of the country.”

VIDEO - Tucker: Fauci Shouldn’t Be Leading America When He Has Been Wrong on So Many Things with Coronavirus https://t.co/NGMKak0FSW