One of Last Remaining Pro-Life Dems Defeated in Primary 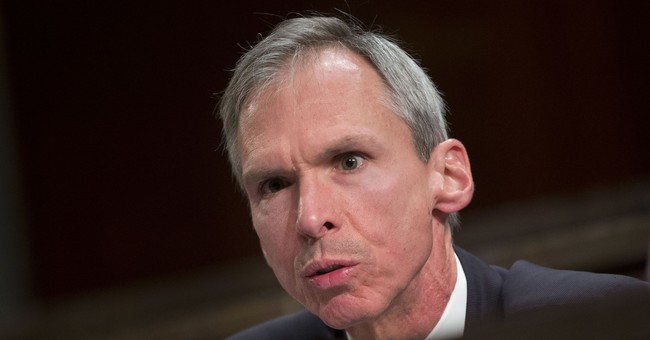 While Lipinski was backed by pro-life Susan B. Anthony List, which launched a five-figure campaign to support the incumbent, Newman was backed by pro-abortion Emily’s List as well as Justice Democrats, which “helped make” Rep. Alexandria Ocasio-Cortez.

“This isn’t just a loss for one incumbent,” Justice Democrats said on Twitter. “It’s a defeat for machine politics and big corporate donors who want to stop our movement for ‘Medicare for all,’ a Green New Deal and reproductive rights.”

There goes the last pro-life Democrat at the national level. If it weren’t already extremely obvious, this is yet another sign that the Democratic Party’s national leaders are unapologetically in lockstep defending abortion for any reason, at any stage of pregnancy until birth. https://t.co/YrW0BLVhWc

Despite their official stance that the party backs incumbents, top Democrats did not go out of their way to advance Mr. Lipinski’s cause. During a trip to Texas last month, with 10 days to go until the state’s primary, Speaker Nancy Pelosi dropped in on the campaign offices of another conservative Democrat, Representative Henry Cuellar, boosting his successful battle to defeat a Justice Democrats-backed challenger, Jessica Cisneros. Ms. Pelosi did not do the same for Mr. Lipinksi.

And Mr. Lipinski’s fellow Illinoisan, Representative Cheri Bustos, who leads the party’s campaign arm, canceled a planned fund-raiser for Mr. Lipinski last year, bowing to progressives who were outraged by the congressman’s anti-abortion rights stance. Her decision raised questions about whether there was room left in the party for lawmakers who oppose abortion.

The day after Ms. Ocasio-Cortez endorsed Ms. Newman, Representative Steny H. Hoyer of Maryland, a centrist Democrat and the majority leader, told reporters that there was “absolutely” room in the party for candidates who oppose abortion rights. But some veteran rank-and-file Democrats, including two others from Illinois, Representatives Jan Schakowsky and Luis Gutiérrez, openly backed Ms. Newman. (NYT)

If one thing was made clear during the Democratic presidential primary, it's that pro-lifers are no longer welcome. Last month, Sen. Bernie Sanders said being pro-abortion was an "absolutely essential" part of being in the Democratic Party.

Bernie Sanders: no such thing as a pro-life Democrat, “being pro-choice is an absolutely essential part”https://t.co/GgiTeiBWIL pic.twitter.com/Vq0keeBavq

The only (former) 2020 Democrat who expressed at least an openness to including pro-life Democrats in her coalition was Sen. Amy Klobuchar.

Today I asked @amyklobuchar if there is room in her coalition for pro-life people. She said yes of course. I asked if she’d try to find common ground on bringing down the number of abortions.

She said “Yes. Yes.” And told me about her work in the adoption caucus in the Senate. pic.twitter.com/CIvfMSulEE