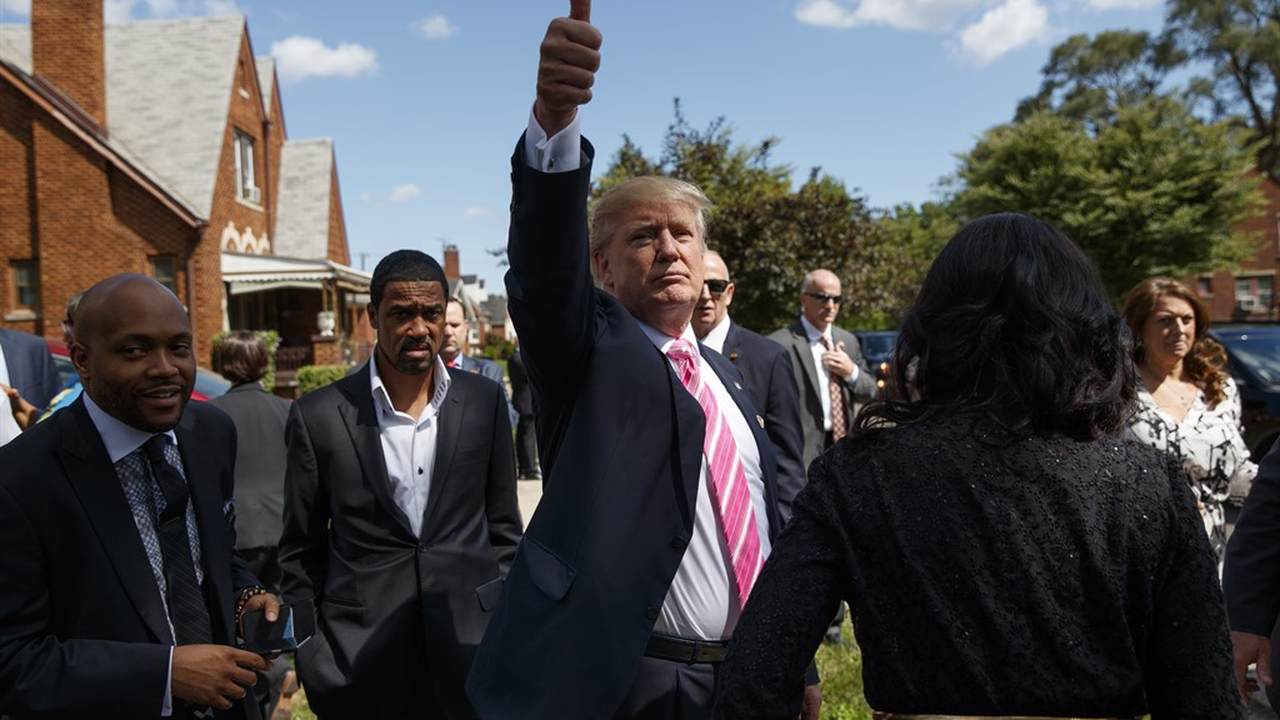 The Trump campaign is fighting for every vote—even among demographics that traditionally vote Democrat.

The campaign announced Wednesday that it will be opening 15 community engagement centers in battleground states aimed at increasing African-American support for the president.

“Last time it was ‘what the hell do you have to lose?’ Now, we’re going to show them what they’ve gained from President Trump and what more they could gain if they get more four years,” said White House senior adviser Jared Kushner, reports NBC News.

Voters can walk through the space and learn about President Trump’s agenda and what the administration has done to help the African-American community.

The locations for these “Black Voices for Trump” spaces include Detroit, Milwaukee, Philadelphia, Miami, Charlotte and Atlanta; notably in all their top-tier target states: Michigan, Wisconsin, Pennsylvania, Florida, North Carolina and Georgia. […]

The “unprecedented” effort to be involved in cities where African-American turnout could be critical is partially a response to some past Republican campaigns not prioritizing minority groups, senior campaign officials explained. (NBC News)

“You’re never going to get the votes you don’t ask for,” Kushner told reporters in Virginia where he and other senior officials displayed a mock-up space.

“Republicans haven’t even gone in to deliver their message. Now we have a Republican who is actually going to the community to deliver the message and ask for the vote,” explained senior campaign adviser Katrina Pierson, reports NBC News. “It’s the same concept as being asleep for so long to the truth and now you are awake.”

The campaign hopes the engagement centers will be open by mid-March.

Here’s what the new “Black Voices for Trump” offices could look like in Detroit, Milwaukee, Philadelphia, Miami, Charlotte and Atlanta. They will be located in high-traffic areas and have a retail-style feel. pic.twitter.com/tCO21g9Qh9

Sen. Tim Scott (R-SC) said recently he believes Trump will see a 50 percent increase in support among the African-American community in the 2020 election.

Scott explained Trump has put the work into getting the black vote, pointing to many of the same issues the Trump campaign plans to highlight in its engagement centers.