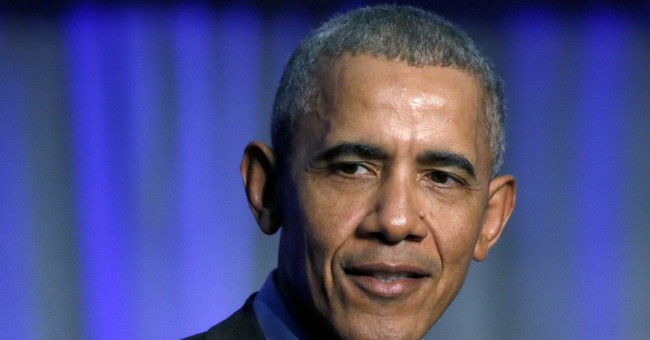 Harvard Law professor Alan Dershowitz claimed on Sunday he has proof President Obama  “personally asked” the FBI to investigate someone on behalf of megadonor George Soros.

"There was a lot of White House control of the Justice Department during the Kennedy administration and I don't think we saw very many liberal professors arguing against that," Dershowitz told Breitbart News during an interview that aired Sunday on SiriusXM. "I have some information as well about the Obama administration – which will be disclosed in a lawsuit at some point, but I'm not prepared to disclose it now – about how President Obama personally asked the FBI to investigate somebody on behalf of George Soros, who was a close ally of his."

“President @BarackObama personally asked the @FBI to investigate somebody on behalf of #GeorgeSoros...” -@AlanDersh on @BreitbartNews Sunday with @joelpollak. For #dershowitz's full commentary on #WilliamBarr, #RogerStone, and the #Impeachment trial, go to @siriusxm OnDemand! pic.twitter.com/KM7szKoH3s

The liberal professor’s comment came in the wake of Attorney General Bill Barr asking President Trump to stop tweeting about Department of Justice cases, arguing it made it “impossible” to do his job. Trump had been weighing in on the extreme sentencing recommendation against Roger Stone.

“I cannot do my job here at the department with a constant background commentary that undercuts me,” Barr told ABC News. He also said, however, that President Trump never pressured him or asked him to do anything in the Stone case.

Dershowitz said White House “influence” on the DOJ is certainly nothing new, but Trump is “much more overt about it” given that he’s commenting on Twitter.

Asked for more information about his Obama claim, Dershowitz confirmed it will “come out in a lawsuit in the near future.”

“That is not unusual,” he added. “People whisper to presidents all the time; presidents whisper to the Justice Department all the time. It's very common; it's wrong, whoever does it -- but it's common, and we shouldn't think it's unique to any particular president. I have in my possession the actual 302 [witness report] form which documents this issue and it will at the right time come out, but I'm not free to disclose it now because it's a case that's not yet been filed."