Trump's Brutally Honest Answer About What Lessons He Learned from Impeachment 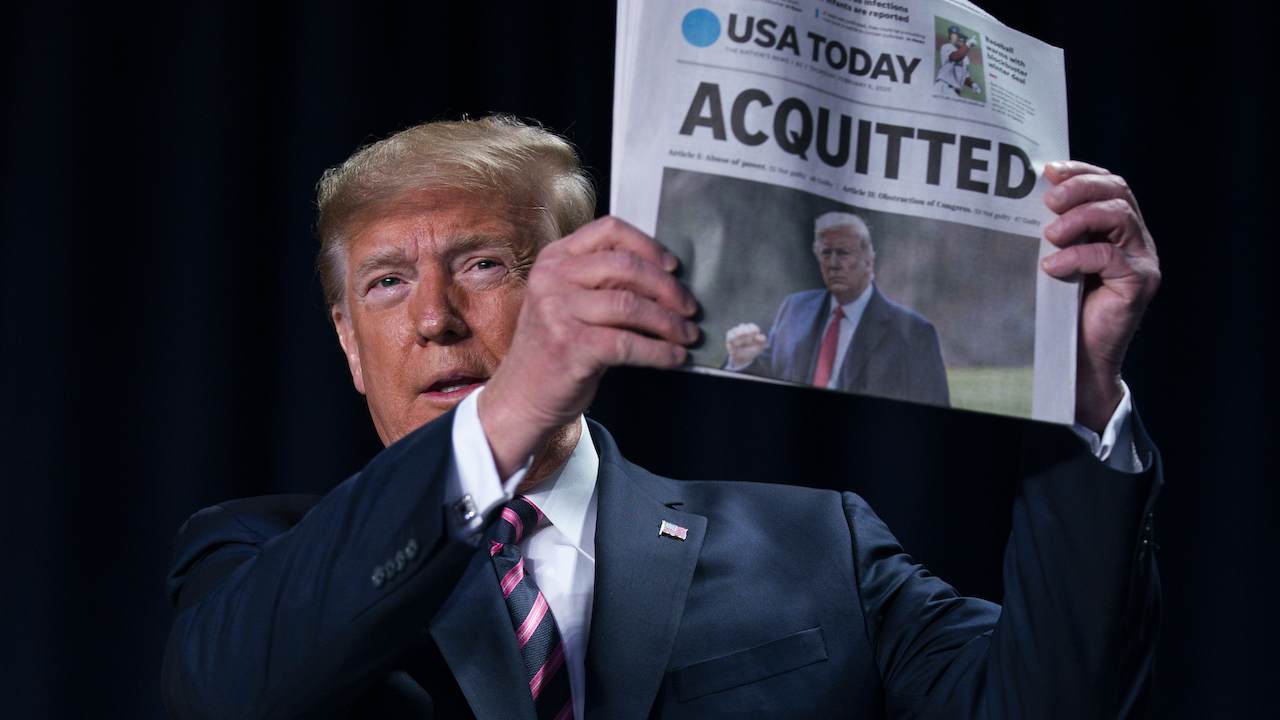 Speaking to reporters Wednesday, one week after the Senate voted to acquit him on two impeachment charges - abuse of power and obstruction of Congress - President Trump shared the lessons he learned from the ordeal.

“Lisa Murkowski earlier said that you shouldn't have gotten involved with the Roger Stone case. She said it's just bad. Some Republicans have said they hoped you would learn a lesson from impeachment. What lesson did you learn from impeachment?” a reporter asked.

“That the Democrats are crooked,” he replied. “They've got a lot of crooked things going, that they’re vicious, that they shouldn't have brought impeachment, and that my poll numbers are 10 points higher because of fake news like NBC, which reports the news very inaccurately, probably more inaccurately than CNN, if that's possible, MSDNC, and if you take a look at NBC—no—I think they're among the most dishonest reporters of the news.”

President Trump: "That the democrats are crooked…that they shouldn't have brought impeachment and my poll numbers are 10 points higher." pic.twitter.com/N7ToHqdKfY

Clearly, Democrats learned nothing from their efforts. Many are already busy conjuring up Impeachment 2.0.