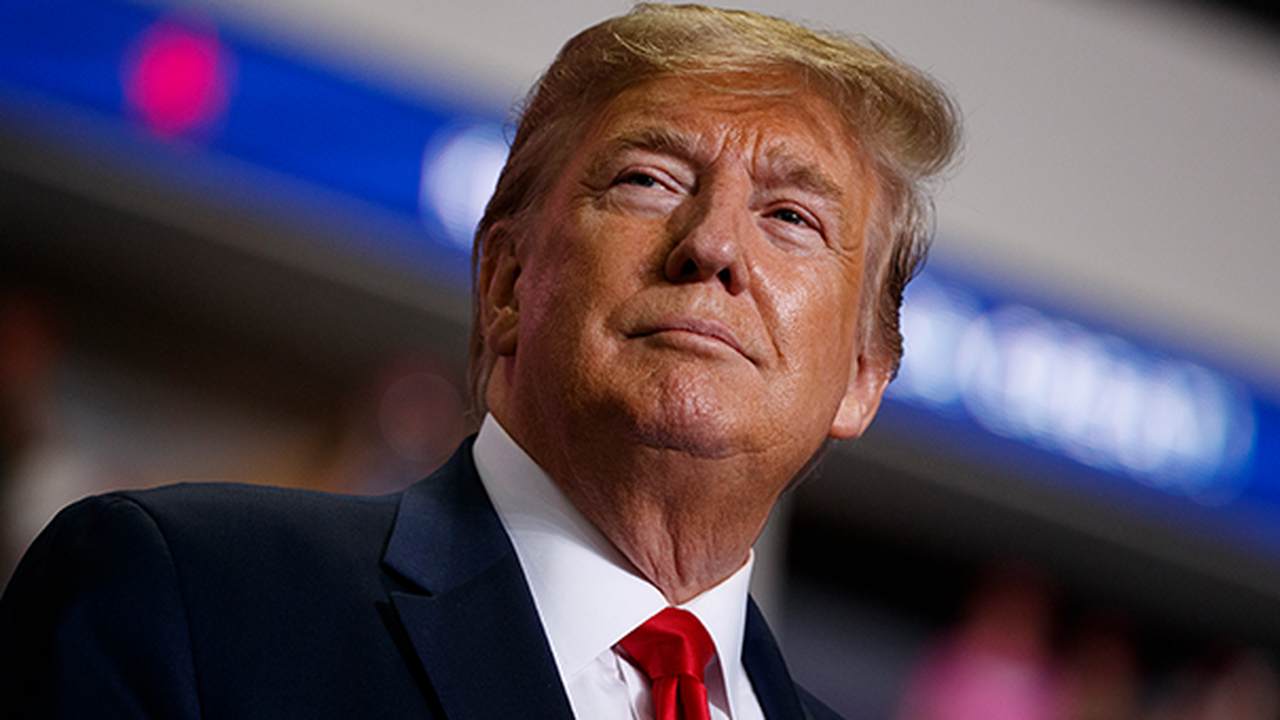 President Trump unloaded on Democrats during an unscheduled news conference as he was leaving the World Economic Forum in Davos, Switzerland, on Wednesday, saying he would “love” to attend the Senate impeachment trial in person.

“I’d love to go… and stare in their corrupt faces”

President Trump calls US Democrats “major sleazebags” after saying he "would love to go" along to his impeachment trial and "sit in the front row" at the World Economic Forum in Davoshttps://t.co/BJeQHUro8b pic.twitter.com/TVnn7hvEsm

He then joked that the reporter should stop talking about it because it may convince him to actually show up.

Admittedly, though, he said his lawyers “might have a problem” with him attending.

Throughout the news conference Trump dismissed the impeachment trial as a “hoax, a con-job by Schiff,” blasting it as “the greatest witch hunt.”

On the question of witness testimony, the president said he’d be keeping an eye on the trial but that the decision “will really be up to the Senate.”

He was also asked about the fiery exchange between impeachment manager Rep. Jerry Nadler and White House legal counsel Pat Cipollone early Wednesday morning during a debate on a Democratic amendment to the rules resolution, which sought to subpoena former national security adviser John Bolton.

"First of all, Jerrold Nadler, I've known him a long time, he’s a sleazebag, everybody knows that," Trump said. "Pat Cipollone is a high quality human being. I was very impressed with Pat, he had great emotion yesterday. Pat's a brilliant guy but I've never seen that emotion, and that's real emotion. That's because he knows this is a hoax. I was very proud of the job he did."

TRUMP: “Nadler, I’ve known him a long time, he’s a sleazebag, everyone knows that” pic.twitter.com/jVmB7gYBMr

Nadler said Republicans were “afraid” to let Bolton testify because “they know he knows too much.”

“The president is on trial in the Senate, but the Senate is on trial in the eyes of the American people," Nadler argued. "Will you vote to allow all the relevant evidence to be presented here? Or will you betray your pledge to be an impartial juror? ... Will you bring Ambassador Bolton here? Will you permit us to present you with the entire record of the president's misconduct? Or will you instead choose to be complicit in the president's cover-up? So far, I'm sad to say I see a lot of senators voting for a cover-up, voting to deny witnesses, an absolutely indefensible vote, obviously a treacherous vote.”

Cipollone fired back, saying Nadler "should be embarrassed."

Rand Paul offers Trump a 'ticket' to trial so he can see 'corrupt faces' of Democrats https://t.co/MRNkNZE0Nb pic.twitter.com/Imn1uiUMYB