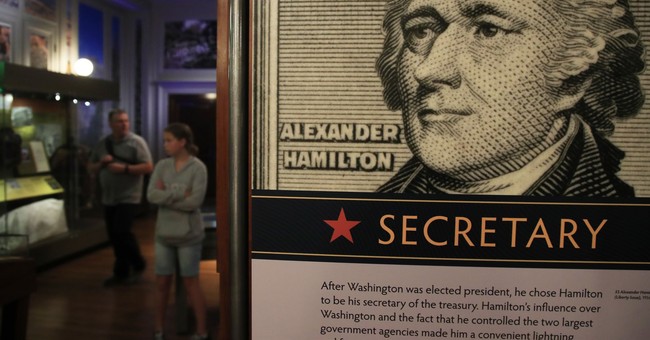 Speaking with ABC’s George Stephanopoulos on Sunday, Dershowitz, a Democrat who is on Trump’s legal defense team, made clear that the impeachment articles contain no crimes.

“Is it your position that President Trump should not be impeached even if all the evidence and arguments laid out by the House are accepted as fact?” Stephanopoulos asked.

“That’s right,” Dershowitz replied. “When you have somebody who, for example, is indicted for a crime -- let's assume you have a lot of evidence -- but the grand jury simply indicts for something that's not a crime, and that's what happened here, you have a lot of evidence, disputed evidence, that could go both ways, but the vote was to impeach on abuse of power, which is not within the constitutional criteria for impeachment, and obstruction of Congress.

“Those are both the kinds of things that led Hamilton and Madison -- talk about nightmare -- to regard that as the greatest nightmare, number one, giving Congress too much power to allow the president to serve at the will of Congress,” he continued. “And number two, as Hamilton put it, the greatest danger is turning impeachment into a question of who has the most votes in which House, and rather than having a consensus and a broad view of impeachable conduct.”

.@GStephanopoulos: "Is it your position that President Trump should not be impeached even if all the evidence and arguments laid out by the House are accepted as fact?"

Dershowitz said his role in the case is to "determine what is a constitutionally authorized criteria for impeachment" and despite Stephanopoulos's pressing, refused to give his personal opinion about whether he believed the president acted improperly.