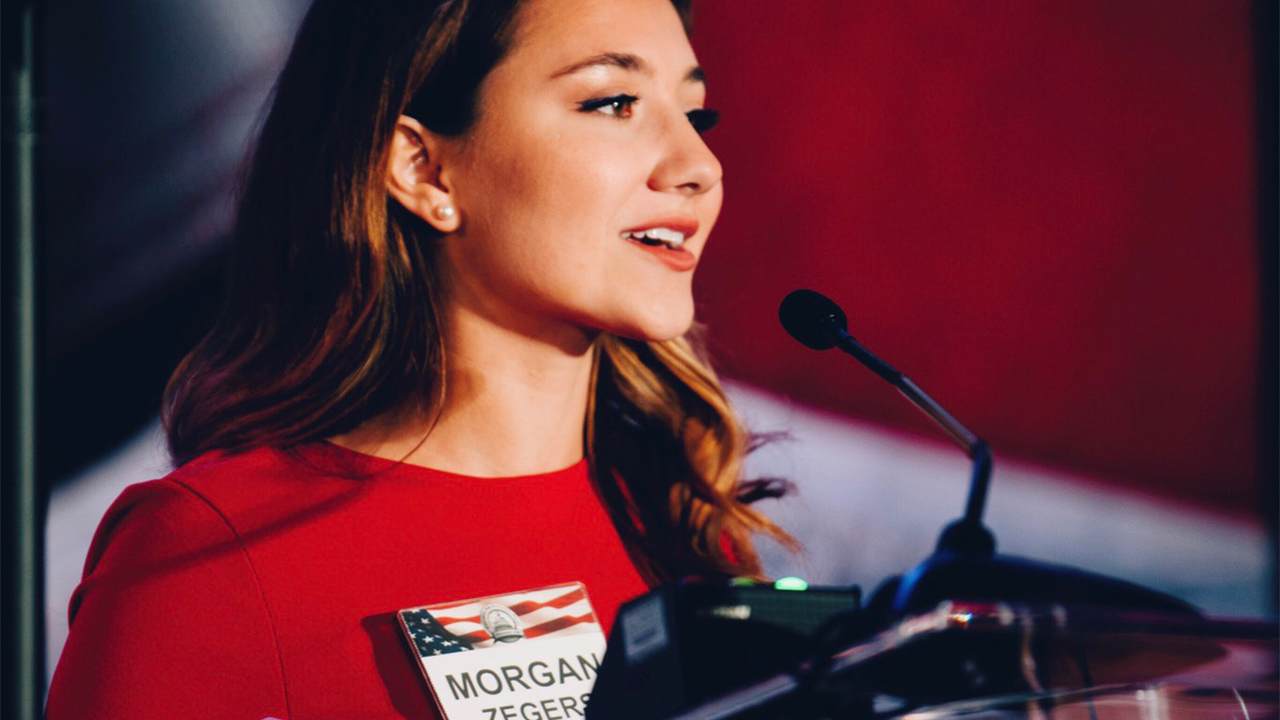 While an increasing number of Americans are becoming more supportive of socialism, among no generation is it more pronounced than Millennials. If capitalism and common sense are to prevail, it is going to be up to Millennials themselves to push back, and Morgan Zegers of Young Americans Against Socialism is leading the way.

Recently founded in August 2019, the group has already attracted a social media following most can only dream of thanks to Zeger’s approach of fighting fire with fire. Zegers knows one of the Left’s most successful tactics in turning Americans toward their favor on issues is using emotion—boiling larger problems such as the border crisis down to images of children crying in detention centers, for example.

Following that approach, YAAS has used victims of socialism to tell their own stories of what life was like in the nations they fled. It's difficult to not be immediately captivated by the powerful stories, including one of a Cuban man who windsurfed across the ocean for 10 hours to get closer to freedom—a man who felt it would be better to die drowning a free man than go back to Cuba.

And while YAAS has successfully harnessed emotion to give a realistic glimpse into what some on the Left are advocating for, she makes sure she does so in a way that is respectful and nonpartisan.

“We’re really focused on not shaming young Americans for thinking that socialism would be a good idea,” she told Townhall. “I’m not trying to convert them to Republicans, I’m just trying to get them to understand the difference between a socialist economy and what you are trying to achieve, which is Nordic Europe.”

Zegers’s outlook for her organization was shaped in part from her experience with a communist roommate she had in college.

“She explained to me she thinks Republicans and conservatives in general are mean. And that really struck me because she was supporting communist ideology that has killed millions of people,” Zegers said, explaining her friend felt that only government intervention would show the Right cared.

“To me that was a lesson,” Zegers said. “The GOP, Republicans, conservatives—we don’t properly message to young people if their understanding of what nice and mean is, and policy, is the amount of taxpayer dollars you put behind something and government action.”

The second thing that struck Zegers about her roommate was that she was one of the nicest friends she’s ever had.

“I took that into YAAS,” Zegers said. “Am I ever going to change somebody’s mind who really thinks socialism/communism is a more moral, equal or fair choice than capitalism if I’m rude to them? Or if I make fun of them for eating avocado toast, which is really expensive, or tweeting about how they hate capitalism on their $1,000 iPhone? And to me, that’s what I see conservatives do so often...with the messaging. I knew it was never going to change a young person’s mind.”

YAAS has its work cut out for them. A 2019 Victims of Communism Memorial Foundation poll found 70 percent of Millennials say they are likely to vote socialist. And while that may shock older generations, Zegers thinks part of the problem is ignorance.

“I don’t believe 70 percent of people in our generation actually want to seize the means of production, actually want the government to control the economy,” she said. “They really believe like Bernie Sanders and Alexandria Ocasio-Cortez tell them, if they scrap capitalism—evil oppressive capitalism – we’ll end up like Nordic Europe. That’s why I took the lesson from my roommate and said if we’re gonna do YAAS, we’re gonna do it in an uplifting and positive way.”

Before the group goes into the emotional first-hand accounts, however, they must start with educating young Americans about the differences between socialist economies and Nordic Europe, which is characterized by market economies combined with government programs and very high taxes.

Talking about these issues through YAAS is a natural progression in the path Zegers took in life after college, which included running for the New York Assembly at just 21 years of age.

When she entered the political arena, American politics seemed to be shifting leftward with the rise of The Squad and the many radical concepts they embraced. She transferred those concerns into her stump speeches, speaking about how it's no longer Republican versus Democrat in this country, but socialism over capitalism and “everything we stand for in America.” Zegers found this to be a message of unity that resonated with voters. But when she lost the election, she realized she also lost her place in the fight.

In time, and after considering the ways she could continue helping her generation from slipping further into the socialist abyss, she thought back to her communist friend and what she taught her.

“I thought if I can reach the young people they’re [Sanders and Ocasio-Cortez] trying to target before they reach them with their false rhetoric, we may have a chance to save this country from socialism,” she recalls thinking.

Each month the group will be doing a deep dive into various arguments the Left makes in advocating for socialism, from environmental policy and healthcare to student loan debt.

In addition to explainer videos and written content, YAAS has first-hand stories lined up where victims of socialism will discuss the topic at hand for the month, revealing what it was like to experience health care, for example, in the countries they fled.

The group is also focusing on certain states in the country that are especially at risk of being “radicalized by the Left,” she cautions, pointing to how Ocasio-Cortez has said she believes her socialist message will resonate in America’s heartland.

While Zegers is realistic in knowing she will likely never change the minds of people like her communist friend, the success YAAS has experienced on social media has also translated to the events she does on college campuses where even Democratic socialists have commended her for discussing realistic solutions to problems young people care about, such as the student loan crisis.

Of course, organizations like YAAS aren’t the only ones that can make a meaningful difference in young Americans’ political outlook.

Zegers believes the most important first step anyone can take is starting a conversation with the young people in their life about these issues.

“I think people might be overthinking this, thinking our entire generation actually wants to seize the means of production, that’s just not the case,” she said. “Just have the have heart-to-heart conversations to make sure they understand the implications of the ideas they’re advocating for. That’s what we’re trying to do with YAAS. We’re not making fun of anybody, we’re not divisive, we’re trying to bring people together and solve these problems.”