Jill Biden Helps the Needy For the Holiday...But Not in America 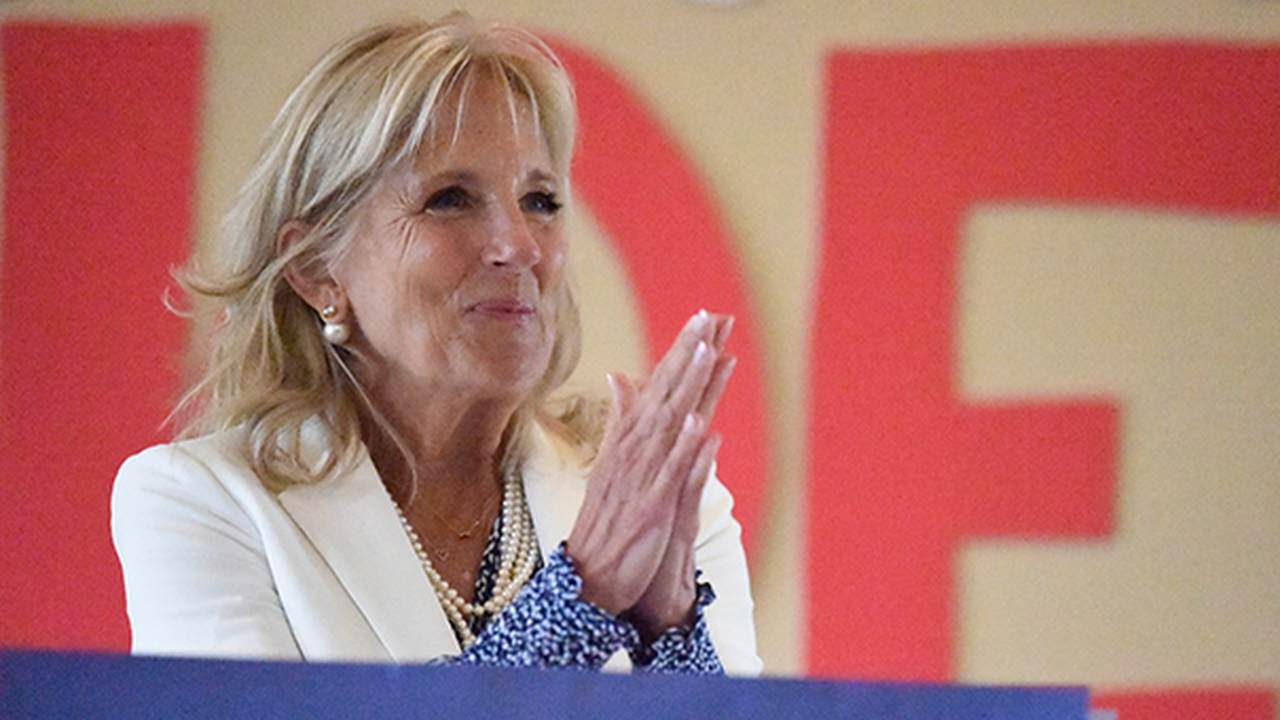 Jill Biden was busy on Sunday handing out food to those in need, just not in America. The former vice president’s wife was at the Matamoros refugee camp in Mexico serving asylum seekers tamales with beans and rice and giving children toys for Christmas.

“It’s not who we are as Americans,” Biden said, reports Texas Monthly. “We are a welcoming nation, but that’s not the message that we’re sending at the border. We’re saying, ‘Stop. Don’t come in.’”

This marks the second presidential campaign to visit this city of more than half a million people this year. Former San Antonio mayor Julián Castro visited the camp in October. The city is considered so dangerous that the U.S. State Department last week issued a Christmas travel warning advising Americans to stay away from Matamoros and the entire state of Tamaulipas, where the city is located, because of crime, especially kidnappings. “There’s so much danger here for the families, for the young women, for the girls, from kidnapping to sex trafficking to disease to violence,” Biden said. “There’s so much here that needs to be addressed.” (Texas Monthly)

While Biden, whose husband is running for president, spoke about how much "needs to be addressed" at the refugee camp, America is experiencing a homeless crisis, with Housing and Urban Development Secretary Ben Carson saying in places like California it's at a "crisis level."

"[H]omelessness in California is at a crisis level and needs to be addressed by local and state leaders with crisis-like urgency," he said last week. "Addressing these challenges will require a broader, community-wide response that engages every level of government to compassionately house our fellow citizens who call the streets their home."

According to the National Alliance to End Homelessness, “a total of 552,830 people were experiencing homelessness on a single night in 2018. This number represents 17 out of every 10,000 people in the United States.”

Twitter users were quick to call Biden out for being in Mexico to help the needy rather than in America.

Sick.....I guess her and her husband could care less about the homeless and hungry in America. Your priorities are reason #1 why you should never be President!

Asking for a friend. https://t.co/K27iLjqafy

What country is Joe Biden running for President in?

Jill Biden stays within the Democrat's agenda to care more about illegals than American citizens. She traveled to Mexico for a photo op of her serving them food, while homeless Americans are starving, & living in worse conditions than any country those illegals are escaping.?????? pic.twitter.com/M0GPndagwB

She should visit skid row in Los Angeles instead to experience the results of Democratic Party policies. If she’s anywhere near as forgetful as Joe she might think she’s in California instead of Mexico...