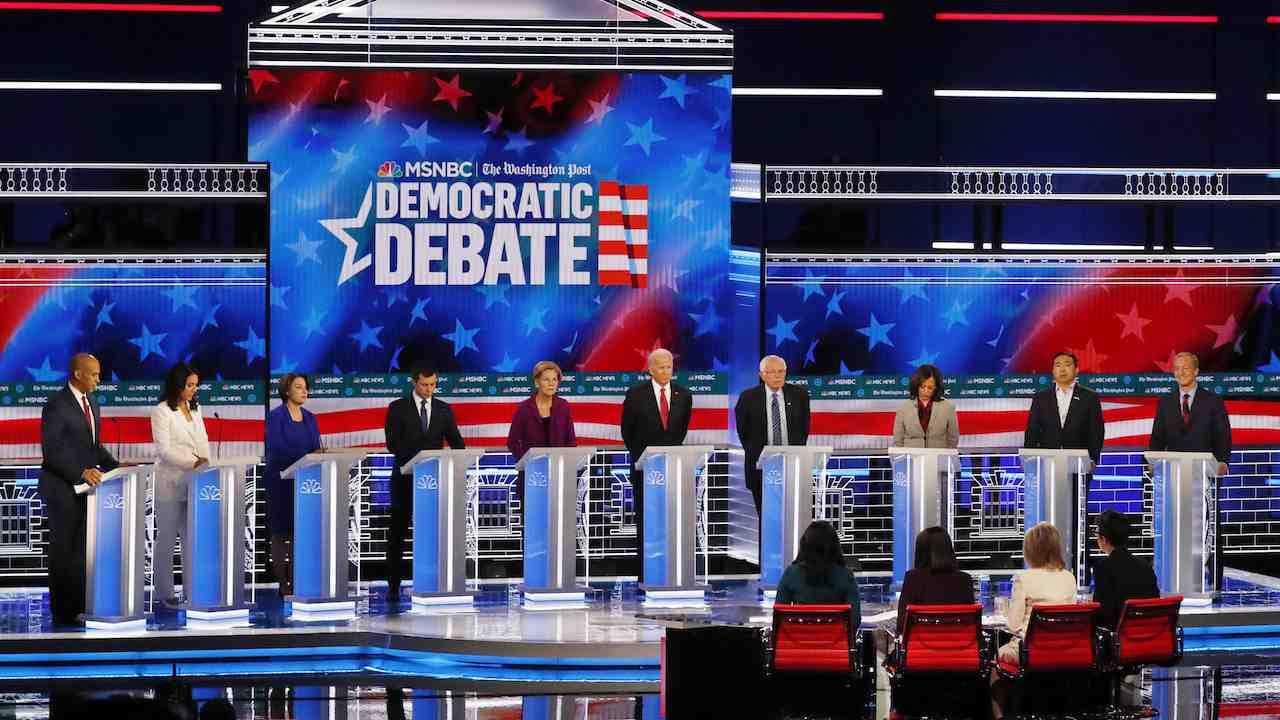 An MSNBC contributor warned Democratic presidential candidates ahead of Wednesday’s debate about the effect of embracing socialism.

“The Trump presidency is an emergency for the country,” said Steven Schmidt, a former Republican strategist. “There is no higher issue than his removal from office. So that calls for a candidate who has the ability to assemble the broadest, widest possible political coalition. That includes some Republicans, independents, Democrats to win an election that will be the most consequential election I think this country has had since 1864, maybe the 1940 election.”

Schmidt cautioned that Americans, by and large, aren't ready to embrace socialist policies.

“I do think there is a danger when you look at some of the ideology that we’ve seen front and center in this field,” Schmidt continued. “In America, a sociopath will beat a socialist seven days a week and twice on Sunday.”

He said it was unlikely President Trump would be removed from office through impeachment.

“Nobody should underestimate Donald Trump’s ability to frame an argument, to demagogue an opponent,” he said.

Steve Schmidt, fresh off being a paid consultant to Howard Schultz, says before the Democratic debate that "a sociopath will beat a socialist I think seven days a week and twice on Sunday" before touting Trump's ability to demagogue. pic.twitter.com/zoLL2H8js0

According to a newly released Gallup survey, Americans' reaction to "socialism" is not positive, with only 39 percent reacting favorably compared to 60 percent of respondents who held positive opinions of "capitalism."