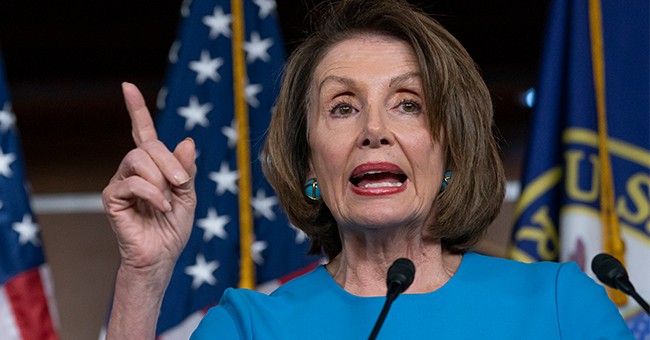 If you’ve been following the impeachment inquiry closely, you’ll notice Democrats have moved away from using the term “quid pro quo” to describe President Trump’s alleged misconduct in the July phone call with Ukrainian President Zelensky, and have instead embraced “bribery.”

House Speaker Nancy Pelosi explained in a press conference that the use of the word “bribery” makes it easier for Americans to understand.

“Talking Latin around here: E pluribus unum — from many, one. Quid pro quo — bribery,” she said. “And that is in the Constitution, attached to the impeachment proceedings.”

That’s not the whole story, however. According to The Washington Post, the terminology shift came after the DCCC conducted focus groups in battleground states.

The shift came after the Democratic Congressional Campaign Committee conducted focus groups in key House battlegrounds in recent weeks, testing messages related to impeachment. Among the questions put to participants was whether “quid pro quo,” “extortion” or “bribery” was a more compelling description of Trump’s conduct. According to two people familiar with the results, which circulated among Democrats this week, the focus groups found “bribery” to be most damning. The people spoke on the condition of anonymity because the results have not been made public. (WaPo)

It’s also clearly stated in the Constitution as grounds 4 removing POTUS. Could we see it in impeachment articles? https://t.co/kXHRcMpAhg

And Pelosi thinks the American people are really going to believe the impeachment inquiry is not about politics. Sure.

Nancy Pelosi: Impeaching Trump is not about politics, it's about patriotism. pic.twitter.com/u8CAPCEouV

They’re changing the accusation based on polling. https://t.co/BJRIRCX1jm

Democrats: The impeachment hearings are not about politics.

Also Democrats: We are polling different terms to describe what Trump did in order to best persuade swing state voters. https://t.co/v33PCHmPAk