Jeff Sessions's First Campaign Ad Is All About Trump...And It's As Awkward As You'd Imagine 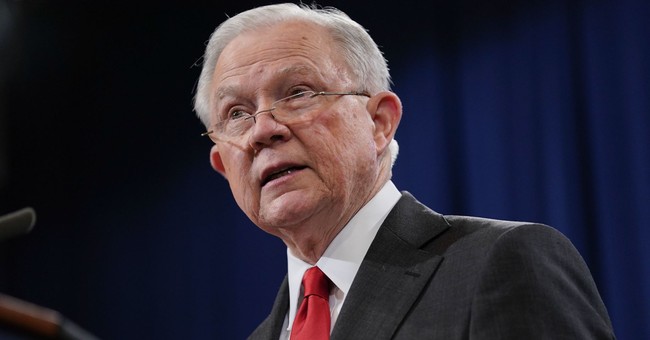 Former Attorney General Jeff Sessions is officially running for his old Senate seat in Alabama and is not shying away from addressing his strained relationship with President Trump.

In his first campaign ad, Sessions touts the fact that he never spoke an ill word of the president since leave the administration.

“When I left President Trump’s Cabinet, did I write a tell-all book? No. Did I go on CNN and attack the president? Nope. Have I said a cross word about our president? Not one time,” he said.

“I’ll tell you why: First, that would be dishonorable. I was there to serve his agenda, not mine. Second, the president is doing a great job for America and Alabama, and he has my strong support.”

This is a crucial time in our nation's history. The left has become unhinged and they are threatening the very things that make America great. I'm running for U.S. Senate because we have to fight back. Let's go! https://t.co/E1Ti9aYKNT pic.twitter.com/IlueZhTiT4

The rift between the two began after Sessions recused himself from the Russia investigation. Trump has called his former AG “a total disaster” and an “embarrassment to the great state of Alabama.” He acknowledged choosing him to be his attorney general was his “biggest mistake.”

Sessions joins a crowded field of Republicans vying for the seat, and his GOP rivals have already used the president’s discontent with him to discredit his candidacy.

“Alabama deserves a senator who will stand with the president and won’t run away and hide from the fight," said U.S. Rep. Bradley Byrne, who’s running for the seat.

“As AG, he failed the President at his point of greatest need," tweeted former Auburn football coach Tommy Tuberville, who's also in the race.