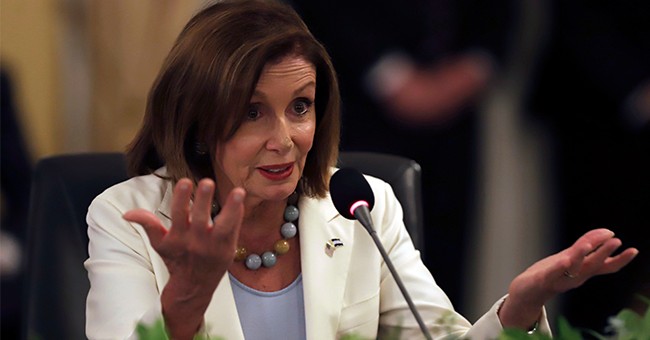 What Pelosi accomplished, he argued, was to placate the progressive wing of the party while protecting moderates by not actually moving forward with a formal impeachment vote.

"It strikes me that the Speaker and the other leaders are under pressure from the left wing of the party and the leftists in their caucus -- who are numerous -- to move ahead here," he said.

"The loathing of Donald Trump and the desire to get him out of office is very intense. They've got constituents back home that want to see action taken against Trump in a serious way so it comes down to this."

He continued: "I think she’s thinking that she needs to be responsive to the needs of her caucus -- look at what she did today, it was really quite clever if you think about it.”

"Did she have a vote in the House to conduct an impeachment inquiry? No, she simply announced one. How is that substantively different from what her Judiciary chairman Jerrold Nadler did just a week or ten days ago?"

Hume said he believes Pelosi’s move is a gesture, not an action.

"My sense about it is that it is merely a gesture as she continues to protect vulnerable members of her caucus from having to vote to go forward on impeachment."

Pelosi announced the House would be moving forward with an official impeachment inquiry on Tuesday.

"This week, the president has admitted to asking the president of Ukraine to take actions which would benefit him politically," Pelosi said. "The actions of the Trump presidency revealed dishonorable facts of the president's betrayal of his oath of office, betrayal of national security and betrayal of the integrity of our elections."

"The misguided Democrat impeachment strategy is meant to appease their rabid, extreme, leftist base, but will only serve to embolden and energize President Trump's supporters and create a landslide victory for the President," the campaign said in a statement.

Democrats have officially paved the way for a @realDonaldTrump landslide victory. The witch-hunt continues...