Tens of Thousands of GM Workers Go On Strike 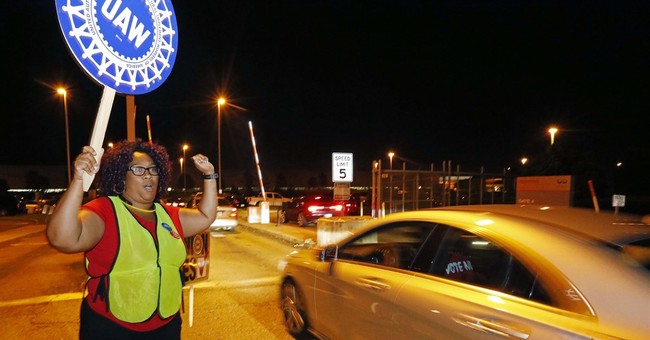 The walkout of 46,000 hourly workers affects 33 GM factories and 22 parts distribution warehouses across nine states, according to AP.

A strike in the auto industry hasn’t taken place since the two-day GM strike in 2007, which cost the company more than $600 million.

The union’s leadership called the strike after talks with GM on a new four-year labor agreement stalled. UAW leaders from across the country voted overwhelmingly here Sunday to authorize the action, instructing nearly 46,000 blue-collar workers at 31 GM plants to either walk off the job or stay home. The UAW confirmed the start of the strike in a statement early Monday.

One of the biggest sticking points is the company’s decision in November to close four U.S. factories, a move the UAW’s leadership vowed to fight at the bargaining table.

The union is also pressing for higher pay, more job security and better benefits at a time when GM is trying to cut costs ahead of an expected U.S. car industry downturn. Such a slowdown could make it harder for the UAW to win concessions in the years ahead.

“I’m ready, I’m prepared. All year I’ve been preparing for this, the wife and I getting our ducks in order,” said Scott Harwick, a 49-year-old UAW-represented worker at GM’s Detroit-Hamtramck assembly plant. “We knew it was going to be really tough.”

Another factor is a U.S. Justice Department investigation into corruption among the union’s top ranks, which is putting pressure on UAW leaders to show strength and gain better terms as the probe erodes the confidence of many rank-and-file members. (WSJ)

Talks will resume Monday at 10 a.m.

President Trump urged the two sides to “make a deal.”

Here we go again with General Motors and the United Auto Workers. Get together and make a deal!