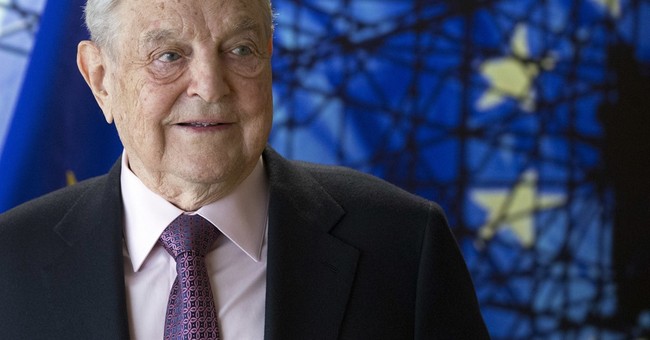 Progressive billionaire George Soros and right-leaning billionaire Charles Koch have formed an unusual alliance to advocate for pacifist foreign policy, teaming up to create an anti-war think tank known as The Quincy Institute for Responsible Statecraft.

According to its website, the Institute “promotes ideas that move U.S. foreign policy away from endless war and toward vigorous diplomacy in the pursuit of international peace.”

The foreign policy of the United States has become detached from any defensible conception of U.S. interests and from a decent respect for the rights and dignity of humankind. Political leaders have increasingly deployed the military in a costly, counterproductive, and indiscriminate manner, normalizing war and treating armed dominance as an end in itself.

Moreover, much of the foreign policy community in Washington has succumbed to intellectual lethargy and dysfunction. It suppresses or avoids serious debate and fails to hold policymakers and commentators accountable for disastrous policies. It has forfeited the confidence of the American public. The result is a foreign policy that undermines American interests and tramples on American values while sacrificing the stores of influence that the United States had earned.

The Quincy Institute is an action-oriented think tank that will lay the foundation for a new foreign policy centered on diplomatic engagement and military restraint. The current moment presents a once-in-a-generation opportunity to bring together like-minded progressives and conservatives and set U.S. foreign policy on a sensible and humane footing. Our country’s current circumstances demand it. (Quincy Institute)

At the time of writing, the think tank was still in its infancy, with nothing more than the above introduction on its website, and only a few posts on Twitter and Facebook. It is supposed to officially launch in September, reports The Independent.

The organization is named after former President John Quincy Adams, who said in an 1821 speech that the U.S. "goes not abroad in search of monsters to destroy. She is the well-wisher to the freedom and independence of all. She is the champion and vindicator only of her own."