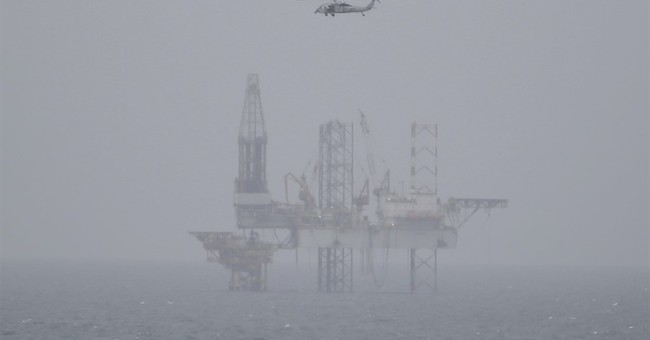 Two oil tankers traveling near the Strait of Hormuz were reportedly attacked Thursday causing damage to the ships and at least one injury.

The U.S. Navy told Reuters it was assisting two tankers in the Gulf of Oman after receiving distress calls.

"We are aware of the reported attack on tankers in the Gulf of Oman. U.S. Naval Forces in the region received two separate distress calls at 6:12 a.m. local time and a second one at 7:00 a.m.,'' Joshua Frey of the Fifth Fleet said, reports FoxNews.com.

The Front Altair, carrying petrochemical feedstock, was on fire in waters between Gulf Arab states and Iran after an explosion that a source blamed on a magnetic mine. The Norwegian owner said its crew were safe.

A second Japanese-owned tanker was abandoned after being hit by a suspected torpedo, the firm that chartered the ship said. The crew were also picked up.

Thursday’s attacks were the second in a month near the Strait of Hormuz, a major strategic waterway for world oil supplies. (Reuters)

Paolo d’Amico, chairman of INTERTANKO tanker association, told Reuters conflict in the Straits has the potential to affect the Western world’s oil supply.

“We need to remember that some 30% of the world’s (seaborne) crude oil passes through the Straits. If the waters are becoming unsafe, the supply to the entire Western world could be at risk,” he said.

The reported attacks came as Japanese Prime Minister Shinzo Abe was meeting with Iran's Ayatollah Ali Khamenei in an effort to ease tensions between Tehran and Washington.