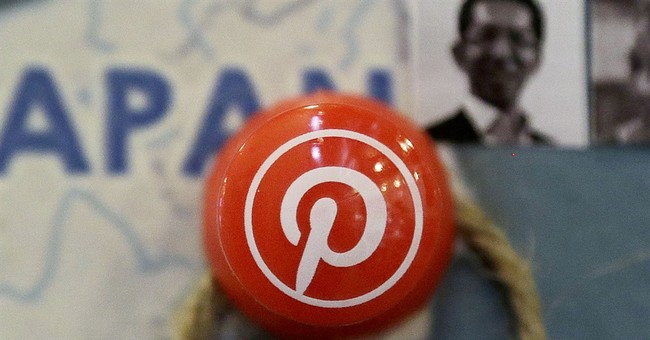 Just prior to banning the group Pinterest had added Live Action to a list of “blocked pornography sites.”

"@Pinterest appears to have intentionally added 'LiveAction.org' to a list of blocked pornography sites," said Alison Centofante, Live Action's director of external affairs, on Tuesday morning. "Pinterest received an appeal and doubled down, keeping 'LiveAction.org' on their pornography blocked list. It appears Live Action is the only pro-life group on this list, at this time."

Moments later, she said a full ban against Live Action was in effect, posting an image of the email from a Pinterest Support member.

"Your account was permanently suspended because its contents went against our policies on misinformation. We don't allow harmful misinformation on Pinterest. That includes medical misinformation and conspiracies that turn individuals and facilities into targets for harassment or violence," the social media group said.

Lila Rose, president of Live Action, said she believed they were targeted because their messaging is “so effective.”

"Pinterest has targeted Live Action, I believe because our message is so effective at educating millions about the humanity of the preborn child and the injustice of abortion," she said in a statement. “Pinterest trying to secretly and dishonestly censor free expression is every Pinterester’s worst nightmare. We urge them to allow free expression on their platform and to stop censoring Live Action’s pro-life message.”

Recommended
Data: 42 Percent of US Coronavirus Deaths Are Linked to Nursing Homes, Where Less Than One Percent of Americans Live
Guy Benson

In a news report on the ban, Live Action clarified that they remain neutral on the issue of vaccines and have only reported on vaccination use as it relates to some having been developed using fetal cell lines from aborted children.

As for the conspiracies, the group believes it is related to their coverage of the Center for Medical Progress’s undercover videos exposing the harvesting of body parts from aborted babies at some Planned Parenthood affiliates. The videos were found to be “authentic with no evidence of manipulation” but they have nevertheless widely been labeled as conspiracies by pro-abortionists.

Project Veritas reported on Tuesday that the whistleblower who exposed Pinterest’s “methods of censoring conservative and religious content” was fired.