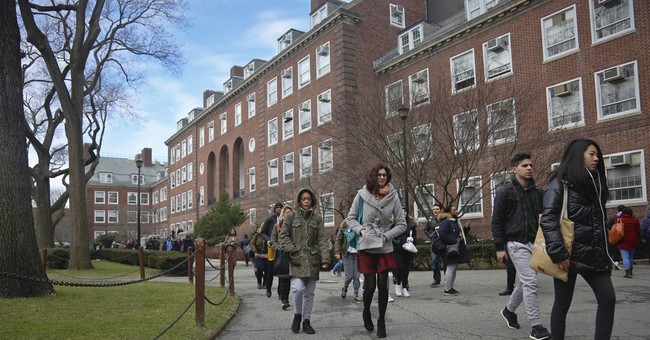 Despite former California Gov. Jerry Brown vetoing an attempt to force the state’s colleges and universities to provide abortion-inducing drugs to students last year, the effort is gaining steam once again. Fortunately, however, pro-life group Students for Life of America is forcefully opposing the legislation, bringing the truth about the abortion pill to state lawmakers.

“By design, SB 24 will create chaos, increased legal liability for schools, and potential loss of student life, as well as establish a potentially unconstitutional program, violating the conscience rights of both students and university health center personnel,” she said Wednesday.

Hawkins explained that the abortion pill comes with very dangerous risks to women and should not be regarded as something as innocuous as a headache remedy. If passed, schools would be forced to prepare for the worst—“young women hemorrhaging, bleeding out in their dorm rooms or on their communal bathroom toilet.”

She pointed to the FDA’s updated facts about the drug, which states: “As of December 31, 2018, there were reports of 24 deaths of women associated with Mifeprex since the product was approved in September 2000, including two cases of ectopic pregnancy resulting in death; and several cases of severe systemic infection (also called sepsis), including some that were fatal…”

Given the drug’s roughly 10 percent failure rate, surgical abortion is the next step, she explained, which health centers would need to be retrofitted to handle.

Unlike surgical abortion that is done under patient sedation and where the patient is monitored immediately following the dismemberment of the child within her, a RU-486 abortion happens when she is alone in her dorm room or community bathroom. Any one who has experienced a miscarriage will understand, the pain is unbearable at times. But instead of rushing to the Emergency Room for support and pain medication, she is told to remain where she is and when the bleeding becomes too heavy to just sit on the toilet, not look down and flush. The FDA has even noted this type of abortion is extremely painful and stretching over days. They recently wrote, “In some cases very heavy vaginal bleeding will need to be stopped by a surgical procedure.”

Are California’s schools prepared to handle the repercussions of students experiencing possibly life-ending bleeding and infections, caused by the abortion pills the school is providing?

Beyond the health risks and associated costs to schools, Hawkins said another aspect that has not been addressed is how the conscience rights of students will be protected—given that school medical centers are funded through student fees—and health center personnel who may not want to support abortions taking place.

Though state Senator Connie Leyva, who introduced the legislation, described it as an important measure so “college students don’t face unnecessary barriers,” Hawkins suggested that argument is doesn’t hold up given that the “availability of abortion near campuses is well documented.”

This, after all, was the reason pro-choice Gov. Brown gave in his veto of the attempt last year.

In closing, Hawkins urged lawmakers to oppose SB 24, which she argued represents a “radical change.”

“To protect the educational environment, avoid costly liability and legal costs, and affirm student health centers’ goal of doing no harm to those they serve, I’m asking California legislators to say no to toilet bowl abortions,” she said. “As a dorm room and communal bathroom toilet is no place to demonstrate the power of women’s rights. Today, I ask of you to reject the risky, costly, and dangerous proposal that is SB 24.”