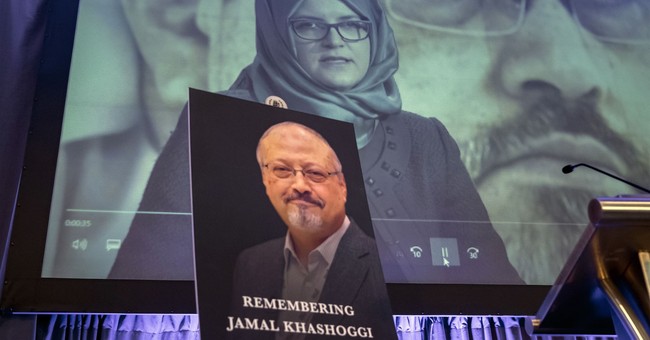 The State Department on Monday named 16 individuals involved in the killing of journalist Jamal Khashoggi, who was murdered in the Saudi Arabian consulate last year in Istanbul.

The following people and their immediate family members will not be allowed to enter the United States under Section 7031(c) of the Department of State, Foreign Operations, and Related Programs Appropriations Act of 2019:

The press release explains that Secretary of State Mike Pompeo “has credible information” that these individuals “have been involved in significant corruption or gross violations of human rights.”

Among those banned Monday from entering the U.S. is Saud al-Qahtani, an adviser to bin Salman who the CIA suspects organized the assassination of Khashoggi.

In November, Al-Qahtani and 16 others were designated by the State Department under the Global Magnitsky Act along. All but one were again named in Monday's designation. The U.S. had previously also revoked the visas for 21 unnamed Saudi individuals associated with the murder last October. (NBC News)

Saudi officials have denied that the crown prince played any part in Khashoggi's death.