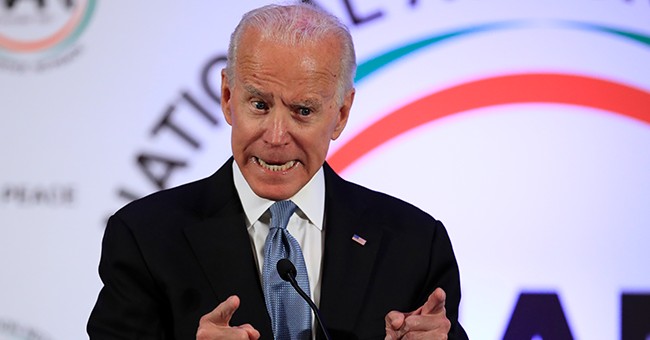 President Trump tweeted a doctored video of Joe Biden’s response video discussing the allegations from several women that he touched them inappropriately, prompting the former vice president to hit back, responding, “presidential, as always.”

"I shake hands, I hug people, I grab men and women by the shoulders and say, 'you can do this,'" Biden says in the original video clip. "And whether they’re women, men, young, old, it’s the way I’ve always been. It’s the way I try to show I care about them and I’m listening."

The video Trump tweeted shows an edited photo of Biden coming up behind the former VP’s shoulders and putting his head into him.

“WELCOME BACK JOE!” Trump said with the video.

“I see that you are on the job and presidential, as always,” Biden responded.

I see that you are on the job and presidential, as always. https://t.co/j7wh3opXOv

The exchange comes after several women have come forward in recent days accusing Biden of touching them in ways that made them uncomfortable.

“Social norms have begun to change, they’ve shifted, and the boundaries of protecting personal space have been reset, and I get it,” Biden says in the video. “I hear what they’re saying. I understand it. I’ll be much more mindful. That’s my responsibility, and I’ll meet it.”

Three of the most recent women to accuse Biden said his video message illustrated “continued lack of understanding” and “didn’t take ownership in the way he needs to.”

On whether Biden should apologize, Trump said "he’s going to make his own decisions.”