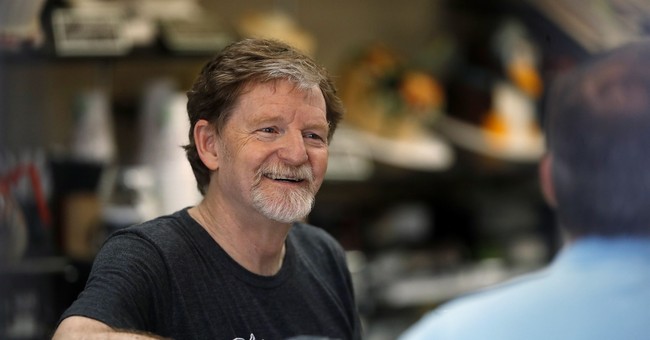 The fact that one commissioner called Phillips a “hater” on Twitter was already publicly known. But a Colorado state legislator recently disclosed that he spoke in November 2018 to a current commissioner who expressed the belief that “there is anti-religious bias on the Commission.” And just last week, ADF attorneys uncovered statements from a 2018 public meeting in which two commissioners voiced their support for comments that a previous commissioner, Diann Rice, made in 2015. Those comments, which the U.S. Supreme Court sternly condemned in its ruling in favor of Phillips last year, called religious freedom “a despicable piece of rhetoric.”

At the June 22, 2018, public meeting, members of the commission discussed the U.S. Supreme Court’s ruling. During that discussion, Commissioner Rita Lewis said, “I support Commissioner Diann Rice and her comments. I don’t think she said anything wrong.” Later, Commissioner Carol Fabrizio added, “I also very much stand behind Commissioner Rice’s statements…. I was actually proud of what she said, and I agree with her…. I’m almost glad that something the Commissioner said ended up public and used, because I think it was the right thing.” (ADF)

The latest chapter in Colorado’s ongoing targeting of Phillips came after the state targeted him for not making a gender transition cake, even though the U.S. Supreme Court ruled 7-2 in his favor in Masterpiece Cakeshop v. Colorado Civil Rights Commission in 2017.

“We’re pleased that the state will be dismissing its case against Jack,” said ADF Senior Vice President of U.S. Legal Division Kristen Waggoner. “This is the second time the state has launched a failed effort to prosecute him. While it finally appears to be getting the message that its anti-religious hostility has no place in our country, the state’s decision to target Jack has cost him more than six-and-a-half years of his life, forcing him to spend that time tied up in legal proceedings.”

Phillips called the case’s dismissal a “win for freedom” and said he looked forward to serving his customers once again.

“When I set out to build my dream of opening my own cake shop, combining my love for art and baking in a family business, I never imagined this chapter would be part of the Masterpiece Cakeshop story,” he said in a statement. “I have and will always serve everyone who comes into my shop; I simply can’t celebrate events or express messages that conflict with my religious beliefs. The Supreme Court affirmed that government hostility against people of faith is unconstitutional, and that Colorado was hostile to my faith. That hostility cost me 40 percent of my business and the wedding work that I love to do.”

He continued: “Even after this, Colorado was relentless in seeking to crush me and my shop for living consistently with my deeply held religious beliefs. The state launched a new prosecution against me just weeks after the Supreme Court ruled in my favor. Yet today, as evidence of the state’s hostility toward my faith continues to emerge, the state announced that it will be dismissing its most recent complaint against me. Today is a win for freedom. I’m very grateful and looking forward to serving my customers as I always have: with love and respect.”