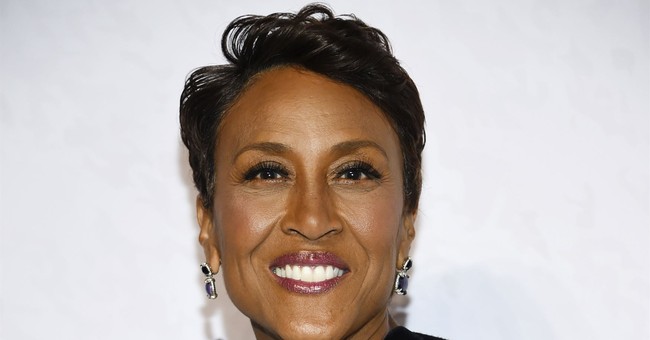 “Good Morning America” host Robin Roberts called her sit-down with Jussie Smollett “one of the most challenging interviews I’ve ever had to do."

During The Cut's "How I Get It Done" event on Monday, Roberts revealed that she had reservations about doing the interview from the get-go.

“I’ll be completely honest, I was like I don’t know if I want to do the interview or not,” she said, Page Six reports. “I said, ‘I don’t want to sit down with him if he’s going to lawyer up.' And then I was told, ‘He wants to speak with you,’ [because] he was outraged by people making assumptions about whether it had happened or not.”

Smollett gave Roberts his first interview about the alleged attack, telling police in January that two masked men punched him, poured bleach on him, and put a noose around his neck, with one of the attackers yelling “this is MAGA country.”

Roberts said she believed that as a journalist, it was Smollett’s right to be interviewed, so she agreed.

“I sit down with him, and I don’t know what he’s going to say,” she recalled. “Following up [about how] he couldn’t believe people didn’t believe him, well I go, ‘You’re out 2 o’clock in the morning, you’re getting a sandwich, [and] you won’t give up your phone.'”

She explained that doing the interview with him was “a no-win situation” for her.

“I’m a black gay woman, he’s a black gay man,” she said. “He’s saying that there’s a hate crime, so if I’m too hard, then my LGBT community is going to say, ‘You don’t believe a brother,’ if I’m too light on him, it’s like, 'Oh, because you are in the community, you’re giving him a pass.'”

The “Good Morning America” host said part of the challenge was that the interview was pre-taped two days prior to airing—long before developments in the case had been made, such as police questioning the two brothers involved in the alleged attack.

“People are looking at the interview through the eyes of ‘How did you not know?'” Roberts said. “I did the interview 48 hours before then. Had I had that information or [knew] what the brothers were alleging, heck yeah, I would have asked him about that.”

She continued: “I pride myself in being fair, I know how much work went into being balanced about what had happened and to challenge him on certain things."

According to the Chicago Police Department, Smollett paid two Nigerian brothers for a "phony attack" in order to take "advantage of the pain and anger of racism to promote his career."

The “Empire” actor has been charged with disorderly conduct for allegedly filing a false police report.