USA Today Reviewed Hundreds of Yearbooks Looking for Racist Photos of Politicians...Instead Find Dirt on One of Their Own 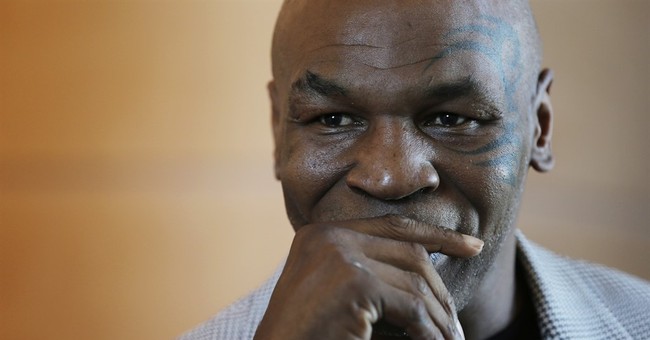 The paper’s review certainly discovered the Northam wasn’t alone and that in the 1970s and 1980s, a “stunning number of colleges and university yearbooks published images of blatant racism on campus.”

The issue was widespread as the yearbooks they looked through were from 120 schools in 25 states across the country.

But their efforts didn’t turn up much. No politicians were identified among the more than 200 examples of “offensive or racist material.” This could’ve been due to lack of captions, context, and the fact that people’s faces could hardly be identified behind hoods and in blackface, the paper explains.

Interestingly, however, they did find dirt on their own editor in chief, forcing her to writing a column apologizing for her insensitivity 30 years ago as a college newspaper editor.

In one yearbook, from Arizona State University, reporters discovered that USA TODAY Editor Nicole Carroll had designed a page that included a photo of two people, at a fraternity’s Halloween party, in black makeup as actress Robin Givens and boxer Mike Tyson. Carroll, who was editor of the yearbook in 1989 when the photo ran, expressed regret after learning of the photo.

“I was shocked when a colleague told me of my role in publishing a racist and hurtful photo in my college yearbook,” Carroll said in a statement. “I am truly sorry for the harm my ignorance caused then, and the hurt it will cause now, 30 years later.” (USA Today)

In the column titled “I became part of our story on racist images. I'm here to apologize for publishing that,” Carroll said she has no recollection of working on the page.

It was recently brought to my attention that I was involved in publishing such a photo when I was in college.

The 1988-89 yearbook I edited at Arizona State University included a photo of two people at a Halloween party dressed as Mike Tyson and Robin Givens. It is horrible, and of course the photo should not have been published.

I am sorry for the hurt I caused back then and the hurt it will cause today.

The image was discovered as part of a USA TODAY Network review of yearbooks from that time. I was shocked as I had no memory of that photo.

Carroll has vowed to grow from the experience.

I’m sorry and I’m here to apologize. As journalists, we must hold ourselves accountable as we do others, and it is important to call myself out for this poor judgment. https://t.co/TUe690buFP via @usatoday